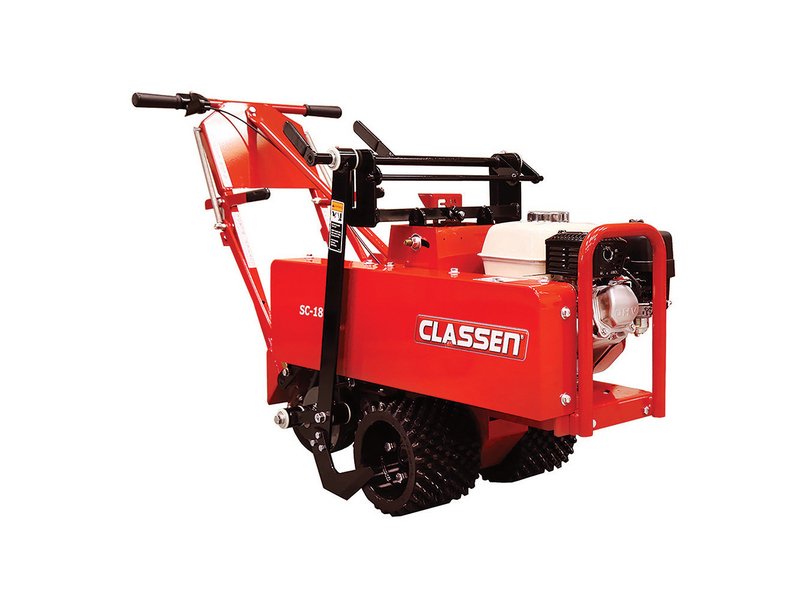 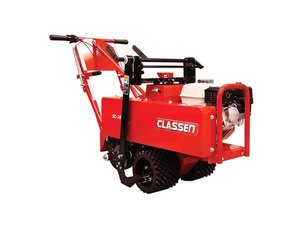 Sod cutters can be used to relocate existing sod or establish clear areas for planting. This is done by cutting under a layer of dirt using the cutter, and then lifting and rolling the slab of dirt and lawn cover (referred to as sod) attached to it, leaving clear dirt behind. Handheld sod cutters resemble a shovel with a square, flat edge, and can be used for small areas. However, these machines are usually motorized for use on larger areas to reduce the manual labor needed.

The Classen Hydro-Drive Sod Cutter comes in two different models. They are the HSC18A5 and the HSC18A8. The two models are very similar, but the A5 model is slightly smaller and has a less powerful engine than the A8 model.