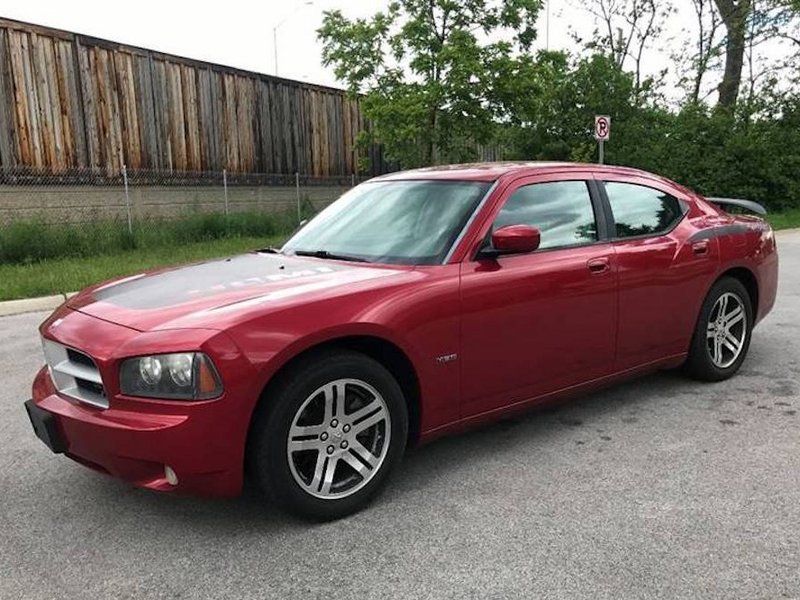 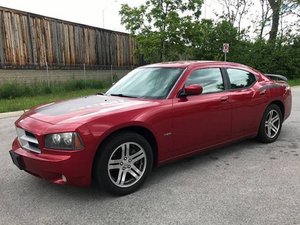 After nineteen years, Dodge reintroduced the Charger in 2005 for the 2006 model year in a new form.

The Dodge Charger is a line of automobiles produced by Dodge, an American automaker. Dodge has sold several production variants of the Charger that were built on three different platforms and sizes. The Charger nameplate has been used on muscle cars, personal luxury coupes, subcompact hatchbacks, and full-size sedans. The Dodge Charger was produced between 1966 and 1978, 1981 through 1987, and 2005 to the present.

For the 2006 model year, Dodge reintroduced the Charger in a new full-size four-door sedan body style. For this sixth generation, the Charger was sometimes referred to as the LX, while the seventh-generation Charger was sometimes called the LD model. The sixth-generation Charger was sold with V6 and V8 engine options paired with automatic transmissions. It was available in rear-wheel-drive or all-wheel-drive drivetrain options. The Dodge Charger was sold in SE, SXT, R/T, R/T with Road/Track Performance Group, Police, and Daytona R/T variants. The base SE model included a 2.7-liter V6 engine, a five-speed automatic transmission with the “AutoStick” manual shifting feature, all-speed traction control, power locks/mirrors/windows, and remote keyless entry.

Dodge Charger cars have included the Dodge emblem, which features the name “Dodge” in capital letters placed above or below an illustration of a ram’s head with large horns. Charger vehicles typically include the name “Charger” in either capital letters or cursive font on the side or rear of the car.