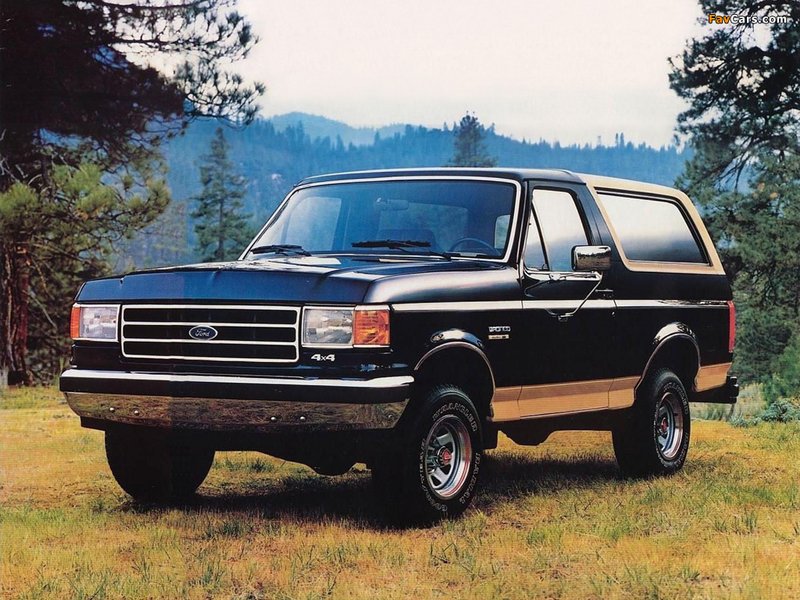 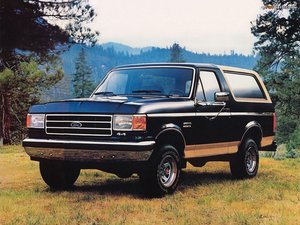 The fourth generation of the sport utility vehicle known as a full-size Bronco, the successor to the early Bronco.

The Ford Bronco is a line of SUVs (sport utility vehicles) produced by Ford between 1965 to 1996. The Bronco was the first SUV marketed by Ford and was originally a compact design based on an independent chassis. The Ford Bronco II was a compact SUV based on the Ford Ranger between 1984 and 1990 and was replaced by the Ford Explorer. For the 2021 model year, Ford reintroduced the Bronco SUV with both two- and four-door variants. In 2021, the Bronco was marketed as a mid-sized competitor to the Jeep Wrangler.

The fourth-generation Ford Bronco was released in 1987 with the introduction of the eighth-generation Ford F-Series. The fourth-generation Bronco shares its front sheet metal with the F-150. The Bronco gained a reshaped front bumper, flatter front grille, composite headlights, and a reshaped hood. The vehicle also gained rounded wheel openings in the fenders. The Bronco’s interior added redesigned front seats, door panels, dashboard, controls, and instrument panels. Anti-lock brakes (ABS) became standard with the 1987 model. The 1987 model was also available with a push-button control option for its four-wheel-drive model.