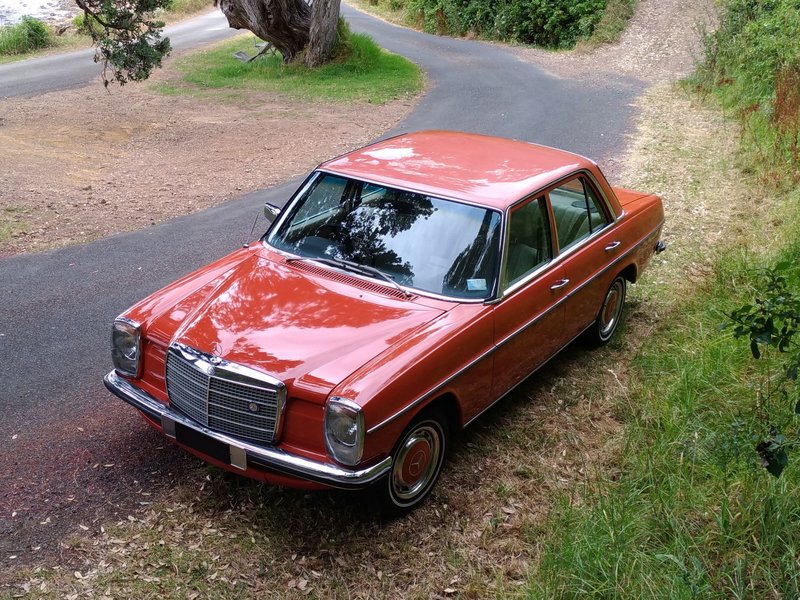 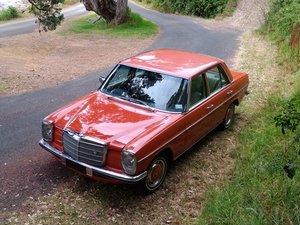 The Mercedes-Benz W114 and W115 models are a series of sedans and coupés introduced in 1968 by Mercedes-Benz, manufactured through model year 1976, and distinguished in the marketplace by names relating to their engine size.

114.015 was never sold in America due to it not passing emissions

The W114/W115 received a facelift in 1973 - with a lower bonnet-line, lower and broader grill, a single front bumper to replace the double bumpers, lower placement of the headlamps, A-pillar treatment for keeping the side windows clear, removal of the quarter-windows in the front doors, ribbed tail lights to minimize occlusion of the tail lights with road dirt, and larger side mirrors. The interior received inertia reel belts and a new padded steering wheel with a four-hole design.