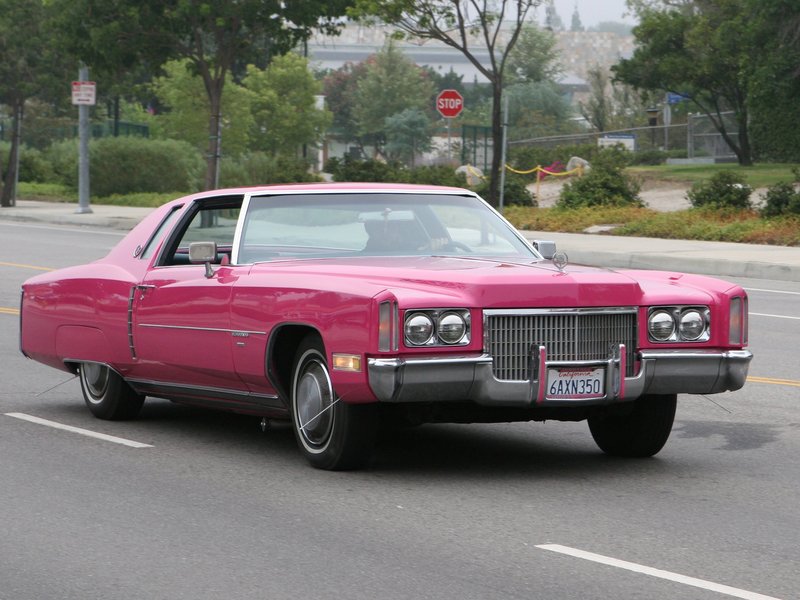 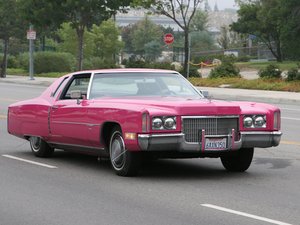 The eighth generation of the two-door personal luxury car available as a coupe and a convertible.

This generation of Eldorado is differentiated further from its E-body Oldsmobile Toronado sibling by the fact that it was available through 1976 as a convertible, as well as two-door hardtop. The car grew in size and weight, but the 500 Cad motor lost horsepower every year due to ever tightening emission standards and crude emissions equipment. Performance was dulled but not ruined, though fuel economy sank to new lows. Interestingly, the 1973 Cadillac Eldorado convertible was chosen as the Indianapolis 500 Pace Car for 1973. 566 of these were built, 33 of which were used on the track and the remaining cars were sold (one for each dealership). The final 200 1976 Eldorado convertibles were designated as Bicentennial Specials, colored in white with red and blue pinstripes. In 1976, the Biarritz name once again surfaced as an options package, including a brushed stainless roof appliqué which mirrored that of the original four-door 1957-1958 Eldorado Broughams.