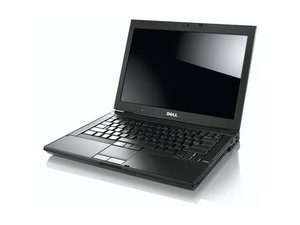 Is there a good SSD which will work in this that *isn't* expensive?

I have a Lat E6400 I got really cheap from a charity with the Quadro NVS 160M GPU, but the hard drive was removed. I know how to install the drive, but the problem is with this laptop, I need a SATA II compatible SSD due to the Intel NB not supporting SATA III, and Dell not enabling it in the BIOS properly until the E6X20 so the 6X10 is prone to the same issue.

I know the Samsung drives will work in this laptop no issue, but they're kind of expensive relative to the low value of such an old machine. I'm fine with going with a Samsung, but I'd like to try and find a brand new SATA II compatible SSD -- or at least the last models from a manufacturer like SanDisk before going Fixed III.

Thats going to be hard as I don't know of any major maker who still offers new SATA II drives. There are some off-brand makers in China that might work. Did you try looking on AliExpress I took a look and I could only find SATA III drives, but I didn't dig very long.

Samsung is still good about these older machines, but it's kind of a two way issue - the cost of the drive I know will work is $60, for a laptop I got for about as much which is why the math kind of points me towards a cheaper drive if I can get away with it.

Why did they remove the SATA II compatibility? I can understand SATA I a little bit because a lot of the SATA I machines will use SATA II, but the issue is unless I can verify the Intel chipset supports it and can BIOS hack a E6410 (no guarantee, as signed firmware update MUST BE OFF) to run a SATA III SSD, I'm stuck. For the E6400, it just straight up does not support SATA III, but is SATA II enabled.

@nick - Its time and costs! The market place for older fixed SATA II drives either HDD or SSD is mostly passed. The marketplace is not calling out for them. Then as the stock was cleared they just didn't make more.

The cost factor is two fold first the older I/O chips are not being made and the Flash chips likewise aren't offered any more either and if you could get the older parts they are likely more expensive than the newer faster chips.

@danj I get it from a cost vs demand side, but it hopefully makes sense why I'm frustrated at the same time about the situation? I get why the drive was removed (probably done by the donor before donating it, security) but it makes finding a drive harder.

Getting the original drives in many cases is extremely difficult, unless you deal with the owner directly in some cases (even then on some, it's an older well used 80-160GB spinner which can die any day, but at least I have something to start with). In other cases, the previous owner will accept nothing but removal and destruction.

@nick - Yep! Just like my uncle who had an old chevy which needed leaded gas so the rings didn't fail.

Ran the car into the ground after less then a dozen more fill-ups when he couldn't get leaded gas, then had the car towed to the garage who told him the engine was trashed and offered him a replacement for more than twice the cars worth! Now guess what he did then...

Yep! He had them put in a new engine just so he could hold onto his Chevy! Sadly he died soon afterwards. My nephew had it for a good dozen years more after also putting a fair amount of effort to make it a show piece. Sadly don't know what happened since then.

In your case you just have to stick with a drive which us auto sense there are a few besides Samsung, Kingston and Feather are two I remember but know know if they are still doing them.

@danj The reason I keep these old machines around is because I run into situations where I sometimes NEED the old systems so I can run things like Windows XP - admittedly I also run older games like Sims 3 (pre-Origin) on them as well and NoCD crack it, but the laptops can do both. I had to retrieve baby pictures from a Konica PictureShow floppy using a XP laptop of similar vintage because the family member didn't keep a laptop around to do it, but knew I had one and had me do it rather than buy a D630/E6400 and downgrade it to XP for one thing and let me take my time. To be fair, my use case is more specialized then say, most people.

I get it from both sides - most people aren't asking for "auto sense" support, but the people who do need it (like me) understand the situation we're getting into with these older machines so there's a level of understanding it won't be a 10 minute run to BB and buy the cheapest thing situation; you may need to begrudginly spend as much as you did on the laptop.

Ideally, you get one with the right configuration+compatible SSD from a few years ago, but most people who use these know the SSD they install is worth more than the laptop and remove it.

I know for sure that the HP S700 SSD supports SATA 1.5, 3 and 6 Gb/s. or SATA I, II and III. I have a number of old computers with only SATA II working fine with SATA III SSD's