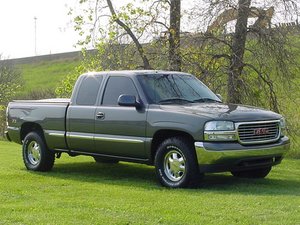 Also sold under the GMC Sierra and VIA Vtrux names, available in the US, Canada, Mexico and other countries around the world.

I cant get my theft deterrent reset.

i have a 2006 chevy silverado 2500HD diesel pick up and after replacing my brake controller we were pulling my fifth wheel going around 60mph after about an hour and half on the interstate out of nowhere my passcode lock lit up and my gauges went haywire. My truck still ran but the gas gauge jumped to empty my oil pressure gauge dropped to almost zero and my battery lite came on and i tried the 10min turn the key on and off 3 times in a thirty min period didnt work. so we then used my wife’s keys and tried the 30 min relearn passcode and that really messed it up after trying that my truck would start then shut off. We actually tried several different methods from your online forum and had no luck! Then i looked it up and i found if we were not using the main key it may not work. so i started looking at my keys and found one is a chevy key with rke that's blank and my wifes key has hillman printed on it with her rke having printed on it GM and numbers and model/fccid number and a large number 1 imprinted on it. This truck we bought it used and were just handed the keys now we have had it for approx 8 months driving it to washington state and arizona like 3 times going different routes. this is the first time we have this problem oh by the way we disconnected the brake controller that didn't fix it and disconnected power to our fifth wheel also and still have this problem. And we just replaced our fifth wheel converter too.. we are frustrated there are so many different fixes on here but i don't see any for a 2006 chevy silverado 2500 HD with Duramax diesel engine....PLEASE SOS We ARE STUCK IN OUR TRAVELS any good advise would really help! Though we aren’t going to cut any of our wiring so dont want anyone to waste their time with those responses!

Have you tried disconnecting the battery? Disconnect it and leave it disconnected for a little while to try resetting whatever went wrong.