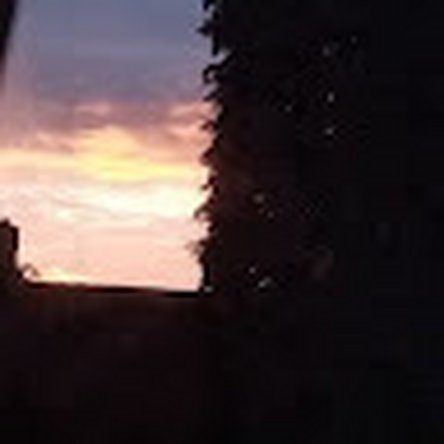 No signal after PC boot up, Windows Recovery Screen.

Ok, i know absolutely nothing about computers. The PC i have was given to me for free, I've been using this PC for about 3 - 4 years and It's Windows 10.

I bought a bunch of games on steam and made the unfortunate mistake of downloading Lego Batman 2. I booted up the game when suddenly, it froze. A minute or two later, my screen was filled with pink and black squares positioned diagonally.

I booted my PC back up and after many normal crashes from trying to play Lego Batman 2, I uninstalled the game.

I decided to play Batman Arkham Asylum. Not even 10 seconds after loading in, I got a pop up error. It happened with other steam games. I tried playing GTA 5 and Left 4 Dead 2, got the same pop up error. The weird thing was, they appeared when i loaded in (for example: when the gta 5 loading screen finally ended, THEN i got the pop up error).

So, I restarted my PC and loaded Left 4 Dead 2, the most stable game i can run. To clarify, my PC isn't great, alot of my games have major fps problems (really low framerate for the majority of my games) and my PC is very slow in general.

When i loaded Left 4 Dead 2, i managed to get into a public game, green ping (56ms) and everything was going well for a couple of minutes. Remember the pink and black squares? Well, they showed up but this time, my pc didn't freeze nor was there any colour in the squares. However, it was extremely noticable, pretty much camouflaging with the screen.

I restarted my PC and everything was better. (Now, please stay with me, i know this is a long thread but I'm trying to get as much detail as i possibly can).

I uninstalled Arkham Asylum and installed the sequel. When i tried to play Arkham City, the game kept crashing when the first cutscene ended. So, i searched on the web for a solution until i found out that you had to install a Nvidia driver to run the game.

I ran Arkham City and it did fix the crash. However, my game kept freezing and everytime it froze, the audio would make a noticable stutter in sync with the freeze spikes.

I shut down the game but the freeze spikes did not stop. I was in the desktop and the mouse cursor kept freezing in place constantly.

I went onto YouTube and it made the same audio stutter when it froze while watching a video.

I restarted my PC, decided to uninstall the Nvidia driver, and watched a YouTube video.

Midway through watching the video, my PC completely crashed. This rarely happens to me, especially when i wasn't even playing a game. I was watching YouTube in fullscreen and it instantly shut down.

Now, everytime i try to turn my PC back on, it says “no signal”. My PC switches on, shows the windows icon with the mini dots loading (as usual) my screen goes black then i get a ‘‘no signal’’ after 2 - 3 minutes of black screen.

After the ‘‘no signal’’, my PC either stays on or restarts itself, there's no consistent pattern.

Now, i get the ‘‘blue screen of death’’ (Windows Recovery) after repeatedly switching my PC off.

I've made a bit of progress, managed to start my PC in ‘‘safe mode with network’’. If you don't know, this is done by clicking ‘‘advanced repair options’’ from the Windows Recovery, ‘‘start up settings’’ then i click F5 to boot into Safe Mode with Network.

After doing a bunch of researching, I went into the Device manager and noticed a bunch of exclamation marks next to my ‘‘audio outputs/inputs’’, ‘‘monitors’’, ‘‘software devices’’ (Microsoft GS Wavetable Synth) and ‘‘Nvidia High Definition Audio’’ (‘‘sound, video and game controllers’’)

From the bunch of researching, i uninstalled my Nvidia GeForce GTX and ticked the delete option (i also decided to reinstall the Nvidia driver from the website, while in safe mode).

I restarted my PC so windows could reinstall the driver, and it booted back up, normally. However, the resolution was capped to 1024x768 so everything was back to normal, except my resolution was completely screwed.

So, I open Update and Security and find out that i need to update something to do with Nvidia. I also went to see more updates and two other options were needed to update. I'm not sure what they were, but i updated anyways.

When they updated, I had to restart the computer for it to take affect. I restarted the computer and it surprisingly loaded in properly. However, my resolution was still screwed, capped in 1024x768. I'm pretty sure, my original resolution was 1600x900 (that's what i use to run my games)

Now, I'm pretty much stuck in a loop. I tried opening the Nvidia control pannel to fix my resolution from right click and nothing shows up. I opened Update and Security and it said nothing needed to be updated. Almost an hour after trying to fix my resolution, i opened Update and Security when my monitor blacked out. After a few minutes of the black screen, it said ‘‘no signal’’. I switched off my PC and rebooted it and now it's saying ‘‘no signal’’ once again.

Now, i need to keep going into safe mode, uninstall my driver so i can get into my PC normally, and try to fix my resolution.

Before i end this comment, every time my PC boots up, My keyboard and mouse lights flicker for about half a minute.

In conclusion, my PC is most likely dying. I know i missed out on alot of details about my PC. Please don't be too harsh, i know legitimately nothing about computers. I read on the Internet that it might have to do with a faulty video/graphics card? Please, if you can, help me.

What is the maker and model number of the PC ot if a custom build what are the specifications i.e. make and model of motherboard, CPU, amount of ram, GPU card, PSU power in Watts.

Try starting the PC in safe mode and see if it works OK. The screen will look different as only generic Windows drivers are loaded and not hardware specific one. You're just trying to see if it starts and stays on OK at this stage.

If it does then shut down the PC in the normal manner and do it again but this time go down to "How to enter Safe Mode in Windows 10 using “Shift + Restart” on the sign-in screen" and do a STARTUP REPAIR and follow the prompts. After this has been completed try to start the PC in normal mode and check

when installing the GPU driver make sure that when you run Nvidias setup wizard that you select to do a clean install instead of express as a lot of driver updates overlap and conflict with each other if express updates are used too many times, this may help at least a little.

Sure sounds like your power supply is going bad. I just had to replace mine —- it’s pretty simple to do, all the plugs to devices and the motherboard are designed to only fit one way. Too me about 20 minutes to rip the old one out, and slap the new one in.

ALSO: most video cards today require their own power supply cable- it’s easy to pull it loose if you were monkeying around on the inside.