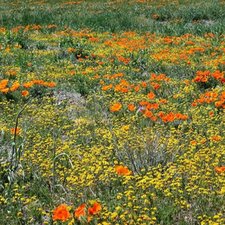 SATA Connector Not Working Even After Replacement

When I first bought it, it was running with a 2TB HDD but later on, i replaced it with a 240GB SSD. It worked really well for the first few months but after 5 months if stopped working at all.

After some research I figured this could be related to me not having switched on TRIM on my MacBook, this was backed up by the fact that even when i tried to read the drive externally (while booting in recovery mode) I saw that every byte of the drive was full.

Due to that I got tried putting in my original hard drive in my laptop. At this point i suspect the SATA cable failed, a common problem on a 2012 Macbook Pro’s.

I got a replacement one and I installed it but the laptop still doesn’t read any of the drives. It won’t even recognize my 240GB SSD and while it will see my Mac’s OS-X boot on my HDD (running Yosemite) it won’t boot into it and keeps giving me a circle with a cross going through it.

Any help would be very much appreciated

Thats the prohibitory symbol! If your Mac doesn't start up all the way

When you swapped your drive around you confused your system. You’ll need to boot up under the Startup Manager using the Option (⌥) key at startup so you can select the proper drive, then go into your Preferences to alter the Startup Disk.

No see, I always press option when I boot and select the right drive, and it still will give me that symbol. I wish the problem was that surface level but it really isn't. Thank You Nonthless

@Bashir Khadra - What is your current OS version?

I was running on Mojave at the time on the SSD, now im forced back to yosemite with the hard drive running externally

@Bashir Khadra - OK at least you got that far! Now download from here How to get old versions of macOS get Mojave installer and follow this guide How to create a bootable macOS Mojave installer drive setting up a USB thumb drive after first formatting it with Disk Utility to GUID with a Journaled file system. Then after copying the installer over and modifying it you should be able to boot up under it to fix your internal drive.

If the drive is not working internally, then you need to replace the HD SATA cable as yours has failed or is the older version which can't handle the higher SSD I/O MacBook Pro 13" Unibody (Mid 2012) Hard Drive Cable.

Reference: Your Hard Drive Cable Is A Ticking Time Bomb

Well that could possibly be the case but I already replaced the cable and im running off a bootable USB right now. Im gonna replace my SSD cable once more on the off chance that both my cables are faulty and then I will try to see if I an get it to work. BTW in reference to you saying my SATA cable is the older model so that means it would still work if i were to use it with a hard drive? Right?