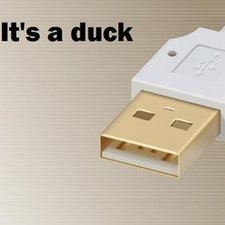 Sound from loudspeaker cuts out, phone rings, no other sounds play.

Hiya folks, i'm having a tiny problem. To summarize a few details about my phone,

-All ribbon cables are (seemingly) undamaged and (definately) seated

I left my iPhone 3GS on top of my mother's car and she drove away without me realizing it was still there. It hit the road hard enough to bounce and crack the housing near the headphone jack. I took it home and plugged it into the wall, and to my surprise it booted fine.

It couldn't find my cell network so I opened it up. A few ribbons inside had become unseated, so i re-seated them and closed the phone. The network issue was fixed, but I could no longer turn the phone on without plugging it into power. I could turn it off just fine, and the power button seemingly worked, just not when I wanted to boot the phone.

I re-assembled the phone and things got worse. The power button is now non-responsive, the mute switch works fine. Still no sound from the headphones, it's as if they aren't recognized at all, and when I use the side volume buttons, instead of the volume output showing up as "Ringer", "Headphones" and such, there is no label. Just the speaker icon, and an empty volume meter (The boxes underneath the speaker icon).

If i dock the phone, most of the time I can hear the dock cheep, but then the sliding volume bar (push home button twice and swipe the multi-tasking bar left twice) shows up with no slider on it. (the little round silver control).

If the phone is in standby mode, then sometimes the slide to unlock noise works, as does SMS tones and alerts. They play for 1 second and then stop. The only sound that works constantly are as follows.

The only way I know when I receive an SMS/Email is by the phone vibrating.

I can use the phone fine when calling people, and the loudspeaker function works. I can hear them, and they can hear me, which I am grateful for to say the least.

The one time I did manage to get sound completely working was when I left the 2 center screws from the logic board out (stupid I know, but i was testing the wifi/network worked), so it was only held down by the 4 corner screws.

Things I have tried to resolve this issue.

-Re-checking all connections were seated properly, and that no ribbon cables were broken/torn

-Restoring to fresh firmware, restoring from a backup from both iCloud and iTunes, setting up as new phone

The only thing I haven't done is pried off the logic board covers.

Any help/comments on how I could possibly fix the issue of my intermittent sound would be greatly appreciated.

This question is now null - because I couldn't power off my phone I WSOD'd it. I'm now on a holdover phone until I can re-contract.

oh! I was going to suggest looking at the motherboard connection for jack/power etc. sounds like it may have come loose somehow. But oh well. You tried lifting motherboard out for a while and then putting back in to see if that helps the WSOD? + hard reset???

Thanks for your reply.

I've followed all the fixes for the WSOD, nothing works. I can't hard reset because my power button doesn't work, but I have lifted the Logic board to break battery connection. Boots up with a black screen then the white screen comes back. I'm suspecting I fried the logic board. I'm waiting for the phone to run out of power now, I've heard that's fixed it for some people but I think it's not going to make a difference really.

Thanks again for your reply.

I recently have this problem too with my iphone 4 which cause by water damage via home button.. many people say it is the headphone jack problem..

but after sending it at the shop for repair, it is actually my dock connector error and got it replace...

the no sound happens because my iphone recognize it as using dock speaker, so it mutes all the sound except ringtones.

so probably you want to have a look at your dock connector.