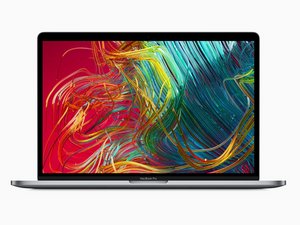 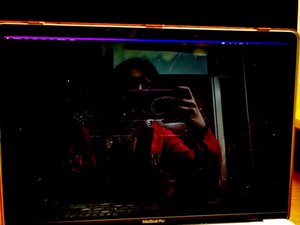 My display shows a black screen except for the top part of the display. The external monitor works fine.

This happens after I used an external monitor for a couple of weeks and one day it suddenly showed a black screen. It didn’t fall down or crashed. I have it just for 1.5 years and unfortunately, I have no apple care or warranty.

I tried the booting stuff but still cannot solve it.:(

I have also posted a picture of the display.

Let's get clarity on which model you have Apple has produced quite a few versions. What does About this Mac tell you? Post a snapshot so we can see. Also take a picture from your phone of the screen so we can see what it looks like and post them as well.

@danj Thank you for your response. It's a MacBook Pro (15-inch, 2019) with 8-Core Intel Core i9. I also edited the question and added a picture of it.

The T-CON board has failed this is part of the display assembly:

It's complicated! Apple designed the updated 2016 case with the idea Intel would ship the 10 nm CPU's. These 10 nm chips run cooler than the current 14 nm. Intel was not able to produce the chips at the needed yield levels for production until Cannon Lake in 2018 but these chips were not at the performance level Apple uses and also in limited numbers. Because of Intels failure Apple started its own CPU development.

Intel kept improving the performance of the 14 nm line but at a cost! HEAT each update of Intel chip kept pushing the TDP up! But how TDP is measured really is not real life thermal load yet Apple failed to consider this and as they were already committed to the thinner design of the new case things went wrong! The biggest issue was the placement of the T-CON logic within the upper case moving it from the lid area. From a nice cool placement to the heat of the heatsink fins and CPU/GPU’s, just add the bbq sauce!! 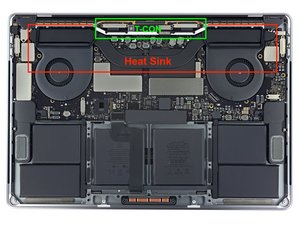 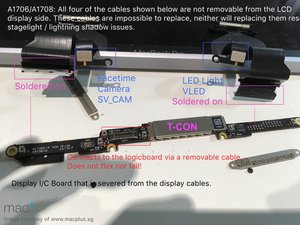 So… It boils down to heat which damages the T-CON board. Some people make is worse using their system on a bed or rug so the vent areas get blocked. Others run heavy graphic processes which pushes the CPU and GPU hard for long periods. And lastly Dust & Debris! Over time the system can become loaded up choking the cooling system. Fans being the first and the heat sink fin area the other. Even the light coating on the logic board can affect its ability to cool.

I strongly recommend you install a good thermal monitoring app like TG Pro it will allow you to track your systems heat & cooling and help you push the fans a bit harder when its clear you are planning on running something hard.

Both Intel and Apple failed its customers! Intel more so!

Apple at least solved it by making their own CPU’s M1 being the first. Sadly, overtime our hunger for more compute power will also push the thermals of even the Apple silicon chips but at least they now own the problem alone!

Do you have any idea why this happened? The laptop didn't fall or crash. I am not sure if it is worth to spend 700-800$ to fix it, although I didn't use it that long:(