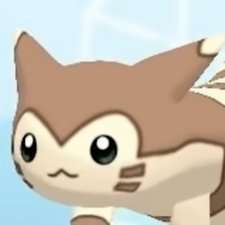 I recently opened up a friends PlayStation 4 to replace the Thermal Paste as I thought that was the problem to why it’s overheating, the old compound was so crusty. Put everything back together, it can start up but after 5 minutes and it will force shut down due to overheating ( and that’s just on the XMB ) and the fan control has stayed the same the entire boot up. I cleaned out the fan weeks ago, but still no luck.

I think it might be the fan which is causing the problem, the PS4 was sometimes left on 24/7 in sleep mode, and to my thought it wore out the fan. But then I realised there is a Thermal sensor, and another thought said it might be that, but I have no clue where it is located and I don’t know if I have touched it or if it’s damaged.

I am lost, I am a beginner and I don’t really know much about PS4’s so I got no clue what I’m doing.

Hello, I remember a person with a same issue as yours and after diagnosing everything related to thermal it was a fan problem causing it to not accelerate and all what he did is to replace it. You can read our conversation and check the similarities.

Where is the temperature sensor on the ps4 located? (Low Fan Speed)

Ok, thanks for the help I’ll try that

First of all, I want to let you know that you’re doing great..It’s all about learning.. Trying and trying again until you get it right.. never give up.. Let me try and help you because i feel like you may have to go back and recheck your work and possibly do a couple things differently.The right thermal paste is crucial when it comes to PS4s. If you use a cheap paste, then you ps4 will let you know.. Artic silver 5 is good but thermal grizzly is better. Just make sure you use a thermal paste that has at least a 8.9W/mK or higher. Another area that you might want to take a look at is the dust underneath the heatsink grill. Here’s a video on my facebook page to give you a better idea. Good luck. https://fb.watch/3ET-FiWkr0/