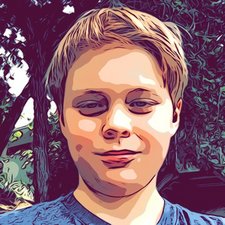 My fans on my Mac Pro 2009 are running like crazy. Have already tried cpu replacement. I think it has something to do with the cpu tray. Help Pls!!!!

Need more info than provided to give a proper solution. Try using a program like iStat or TechTool Pro to test your fans. You may also need to perform additional hardware tests as you could have a failing logic board or other component. Also, does the machine feel hot to touch, or is it dusty? Cleaning the interior could help. Also reseating the fan connections to the logic board.

Do you have a secondary startup drive? Have to attempted an EFI flash to 5,1? What system are you running? Do you get a POST tone on startup? How stock is it?

neither of those, it is not hot to touch and has a completely clean motherboard

@mstreem when did this start? Has it ever worked properly for you? "Have already tried cpu replacement" replaced with what? You need to give all the details. Everything works properly just your fans that are running "like crazy"?

The System Management Controller (SMC) controls all power functions for the computer. If the computer is experiencing any power issue, resetting the SMC may resolve it. The SMC controls several functions, including:

• Telling the computer when to turn on, turn off, sleep, wake, idle, and so forth

It is also recommended that the SMC be reset after a backplane board or processor board is replaced as part of a repair.

3. Force Shut Down (press the power button for 10 seconds)

1. From the Apple menu, choose Shut Down (or if the computer is not responding, hold the power button until it turns off).

4. Plug the power cord back in, making sure the power button is not being pressed at the

time. Note: Ensure the power button is not pressed when connecting the AC power cord or all fans will run fast.

5. Press the power button to start up the computer.