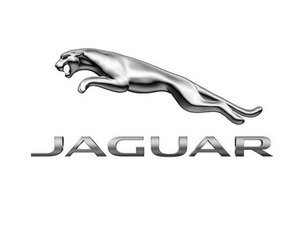 Why does my temperature guage needle start from the 'normal' position?

There is no sign of overheating. On the advice from Jaguar, I did a ‘hard test’ on the car by removing the leads from the battery terminals and connecting them together - there was no movement on the temperature guage needle. This situation has not changed for a fortnight but yesterday I noticed before I started the car that the needle had dropped nearer to the ‘cold’ position when I had last turned off the engine and was now not climbing so far towards the ‘hot’ as before. This situation still exists. Any ideas?

I don’t know the vehicle but was intrigued when you said that even when disconnecting the battery leads, the gauge did not move i.e. drop back to zero or minimum temp position. Reading the service manual, Instrumentation and Warning Systems section, this makes sense.

The manual states that even though all the gauges look like analogue gauges they are in fact controlled by stepper motors for a more accurate display. So if there is no power they can’t move until the power is restored, unlike an analogue gauge which is in whatever position by the amount of current being applied to the gauge’s coil which moves the needle. No power and it drops back.

To me this indicates a problem with the coolant temperature sensor or possibly with the control module that controls the gauge or the gauge mechanism itself. They are stepper motors so they still use an electromechanical action to operate and are not purely electronic i.e. no moving parts

To try an isolate the problem you could always try disconnecting the coolant sensor lead and then just switching the ignition to the On position to see if the needle moves from zero (if it has dropped back to zero with the ignition switched to off)) or if it has stayed in the wrong position.

Be safety aware if you try this and the engine is still hot as I have read in the manual that you should remove fuse #14 underhood fuse box, as the radiator fans may still operate even if the engine is off but it is still hot. See warnings on p.244 of the manual. A cold engine would probably be the best test option.

If it moves up from zero or if it stays in the wrong position you would suspect the problem to be whatever is controlling the gauge (or maybe the wiring from the sensor to the control module) or the gauge itself, because there is no input from the sensor.

I don’t know what is should measure when cold, but with some coolant sensors the resistance will vary from ~140 Ohms for a cold engine to ~50 Ohms for a hot engine. Obviously yours may have different values but it is the same principle as the manual says that the sensor is a NTC type (negative temperature coefficient) which means that as the temperature goes up the resistance comes down.

You could always ask a dealer’s service section or spare parts section what the coolant sensor’s resistance value range is from cold to hot. The part number is AJ810031 (I think) but I can’t find the specifications for it.

Hopefully this may be of some help