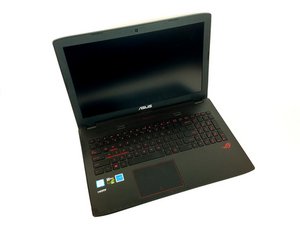 A gaming laptop released by Asus with a CD/DVD drive. 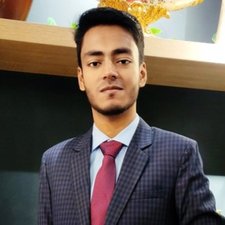 Doesn't boot up, if I keep it OFF overnight

So, Recently the problem I face is, the laptop denies to boot up when I try to boot it after a long period like 6-8 hours after the previous run. The problem is, when I press power button after attaching the power adapter-

the battery indicator lights up

the screen is absolute black, no sign of powering up

the fan is off, the total machine is off, no sound, no keyboard backlit, NOTHING.

I have tried the hard reset process (removing battery and adapter, holding power button for a minute and then booting up only by adapter, then adding the battery). THIS WORKS. Even I have tried reseating the RAM (detaching from the port and again setting in its slot). THIS ALSO WORKS. The laptop boots up and runs flawlessly after these efforts. Works fine if I turn it off and boot up again in short time, like after a hour or after 3-4hours. It boots up normally.

Problem occurs when I keep it inactive (powered OFF) for a long period of time like 6-8 hours. Then again it fails to power up, both by the battery or by the power adopter. I had to open again my laptop's back and remove battery or reseat RAM and then boot it up again normally. One thing I need to mention is that, when this issue happens (fail to boot up after long period of inactivity), after I boot it up doing hard reset or reseating RAM, I see the system time is always behind the current local time, but the date is okay. For example, today I did this effort at 11.26am, but the system time was 5.47am. The date remains the same. I tried to boot it up after I turned it off yesterday night at 12:00. So mathematically, as it turns on normally even after 3-4 hours, but not more than that, so after 3-4 hours, the system time stops working. From the time reading, I can say the system time stopped updating at 5.47am, that means, I could boot it up normally before 5.47, but not after that.

What to do now?? I prefer avoiding customer care unless it is not serious issue. If possible, I want to solve it myself. Can anyone please suggest what to do now??? It is really painful to open the back cover by unpinning 11 screws and unplug the battery and sustain all these hassles. I need a useful solution. So please help.

P:S: Laptop is almost 3years old, so no warranty. I play games without any external fans occasionally. Recently updated to Win 10 v2004 but I don't think updating to latest windows could be a problem.

Considering your words about unpinning 11 screws and opening the back cover, you must be speaking about the small CMOS 3v battery inside the laptop.

Have you measured it's voltage? Those symptoms may show up if this battery is emptying.

@itfix24 First of all I was talking about the physical battery of the laptop, not the CMOS one.