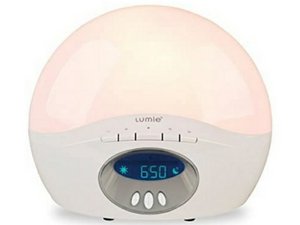 The alarm works but it won't go off

I woke up this morning to find that my alarm's wake up light worked, but the alarm didn't go off despite it being set. I tried resetting the alarm and while it showed it was set, it wasn't beeping, and it wouldn't let me change it to any sound other than beeping. I unplugged it and then plugged it back in (it doesn't run on battery), but that didn't do anything.

The weirdest part is that I could still switch it to FM, and when I turned on the volume, it could play the radio and beep. Unfortunately, it wouldn't stop beeping because that's just the volume control. The alarm still doesn't work.

Tl;dr the volume and sounds work, but the alarm won't go off or set correctly.