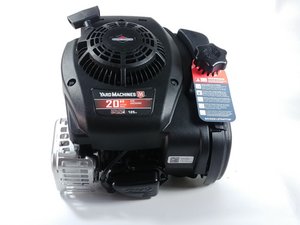 Any small, single-cylinder carbureted gasoline engine, usually used for lawnmowers. The engine used to create these guides is a Briggs and Stratton 300e series engine. 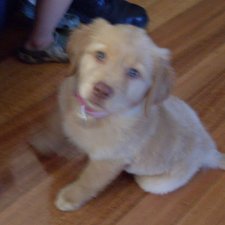 Briggs and Stratton 280000 series single cylinder engine is continuously flooding and needs the fuel bowl inlet “Needle and Seat” valve either replaced or adjusted. I have dismantled the unit but the Seat seems to be pressed in to the carburetor body. The design of the float seems to prevent any for of adjustment of the fuel level in the bowl.’

Hoping you can assist

To test your diagnosis, try this. With the bowl removed, but the float installed properly, hold the carb level and gently push the float upward. That’s is where it would be if the bowl was full of fuel. The plane of the float should be more-or-less level when it stops.

With the float at the top of its travel, blow gently into the fuel inlet tube (you might want to use a small bit of new clean fuel line for this). What SHOULD happen is that you won’t be able to blow without letting the float drop a bit.

It’s the same principle as the float in a toilet tank. When you let the float drop, that should open the valve as you blow.

If you CAN blow through with the float at the TOP of its travel, I’d suspect that the tiny rubber o-ring , which should be in the seat tube, is gone. That will prevent the needle from closing tightly, thus allowing fuel to keep flowing. You’d be best off buying a carb rebuild kit, or at least the gasket set, to get that o-ring. Note that o-rings for carbs must be specific for fuel, meaning that o-rings for plumbing will deteriorate more quickly.

I don’t know the answer but here’s the service manual for your engine model. (don’t be misled by the cover page, see p.3 to view all the engine models covered by the manual).

On p.67 it shows how to identify which carburetor model you have.

On p.77 it shows how to service the LMT models and on p.82 the Nikki model which are used on your engine model series.

The carburetor adjustments are shown on p.20

Hopefully this may be of some help.