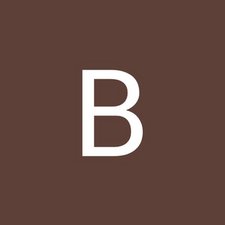 2012 through 2015 MacBook Pro 13” Retina Displays are incredibly expensive. A cracked one can render an otherwise perfect MacBook Pro worthless. It is often more economical to upgrade to a new machine than replacing the screen.

I’ve been giving some thought on whether it is possible to swap out the Retina panel for ones found on higher end laptops such as Dell or Lenovo. Such bare UHD panels can often be had for well under $200. Even newer generation MacBook Pro panels are good candidates. While still expensive, they cost significantly less than older generation Retina panels.

Of course, it won’t be easy. The LVDS cables may be different along with its pinouts. In order for the MacBook Pro to recognize the display at startup, the display’s firmware may need its EDID changed to a MacBook Pro recognizable one. Finally, assuming the dimension are the same, the panel may need small modifications for proper mounting on the MacBook cover.

I don’t see why this can’t be done. There are a handful of panel manufacturers and their products have minor differences. Both LG and Samsung, for instance, made A1502 panels for the same MacBook Pro models. Moreover, while Apple is known to deviate industry standards, it would be foolish for them leave something as important as their displays at the mercy of a single vendor.

So, I want to throw it back to all of you, is this possible or am I dreaming here? I would love to hear your thoughts.

I feel your pain! All of the retina models use eDP (iDP) signaling, LVDS is not used at all.

While the cable connection is similar its not pinned out in the same way in different model versions! Which is why things get hairy! And you are correct the EDID is also different across many of the series! Apple by design makes this extremely hard to fit other LCD panels in.

But you don’t need to do that! Here’s a source for the panel Raw Retina MacBook Pro 13" LCD and glass assembly (L13/M14)

So let’s say you got the panel now you need to rebuild the lid assembly, here’s the process MacBook Pro Retina Display Teardown.

The biggest problem rebuilding the display is the sheets! If you take them out you run the risk of damaging them (a wrinkle creates a dark spot). Then the dust and finger prints! The finger prints are by far the biggest issue as any will also distort the light. We ended up making a clean box to work on panels as it was such a big issue. Think of a fume hood with filtered air and kept extremely clean! Ideally, you want a dual bay setup one to clean the dust away and then a passage to pass the part to the next bay to assemble.

Thanks. Unfortunately, the source you provided is out of stock, which is the reason for this post. I'm assuming you're discussing rebuilding the display using an original Apple display panel. I've done quite a few of them and I never had to remove the diffuser sheets. I normally blow off the surface with air spray before installing the new panel.

I am more interested exploring how to hack other panels to get them to work. If it's just a matter of cables and pinouts, then it is achievable. Building out a cable for this purpose is perfectly doable, albeit difficult.

One possible show stopping issue I noticed while studying UHD display types, is the geometry of the panel. A1502 displays have larger diameter round corners than the newer ones and appear to be unique. Interestingly, the newer MacBook Pro displays have smaller diameter ones and appear to be identical to the XPS ones. I have a hunch the two panels have identical geometries.

Sadly, I have not explored this in greater detail. If you are willing to put the energy see what you can do .

Yeah, just want to know if anyone has been there done that. I'm sure someone has. I will investigate this possibility further.