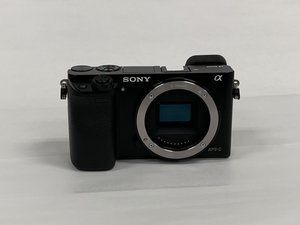 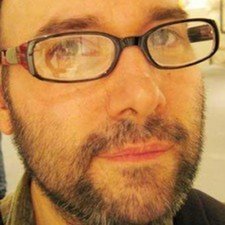 What's the best way to clean battery contacts with a Sony a6000?

Today I got a “for parts” off ebay and the seller stated that when he put in a Sony battery it would display: Batterie incompatible. Utiliser le mobèle correct. Then promptly turn off. I thought it might be an easy fix since I have had an issue with a few batteries I got off Amazon a few years ago. Neither battery would work in my nex-3n at the time. I looked up the issue with the batteries and found the identical batteries on a thread where fake batteries on dpreview:

With the “for parts” camera it doesn’t matter what working battery I put into it (Sony or Wasabi), it still displays the same incompatibility message. I have looked into this issue and what I have found out is that there’s a bad connection between the battery and battery contacts:

I tried to clean the contacts with a dry paint brush and using same paint brush with rubbing alcohol and no matter what the camera still displays the same message. I have also thought of using a pencil eraser I have wondered if I have to replace the battery contacts, so I looked to find a take apart which I found on youtube:

I took apart the camera and where it needed cleaning is on the mother board contacts, the connecting wire ribbons but didn't look like the main battery connects required cleaning. I found the Ifixit: Sony α6000 Motherboard Replacement to be the best way to disassemble the camera as well found KONTAKT but haven't gotten any yet because it seems to be a cleaner that requires good ventilation. I’ll try the How to fix corrosion on motherboard. with isopropyl alcohol 99% but looking at the Motherboard Replacement seems that parts might get damaged with the whole logic board soaking technique. If the isopropyl alcohol 99% technique is unsuccessful I will get the KONTAKT cleaner.

Both of isopropyl alcohol and Kontakt require good ventilation. But it is enough just to open window a bit and leave it for a while after 30min.

Also you can try ultrasonic bath with isopropyl.

Suppose problem can be somewhere else like battery controller.

You can use for contact cleaning some solution. I prefer (it is avaiable from local store) Cleaner KONTAKT 60 by KONTAKT CHEMIE. You can add some acid to it if it is a strong rust vinegar or lemon juice. Don’t forget to wash out acid. For washing electronics I use isopropyl spirit rather then ethanol.

As for rubbers I prefer not to use any because you can easly scratch electroplated layer of nickel, and then oxydation occurs much faster.

BTW, I don’t know about your camera, but my canon accepts batteries with some special chip only. Otherwise it can’t show level correct.