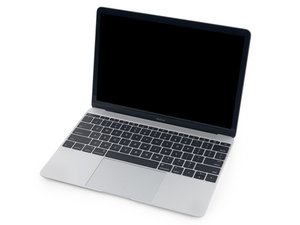 I believe before I put the copied ssd.. if I remember correctly I had macOS high Sierra or El Capitan.. I’m not sure if what type of OS is needed for the drive switch matter so if it’s important information to get a proper answer I can switch back to the hdd I had before and check it..

After I installed the copied ssd when I turn the MacBook it just shows a white screen with a circle and a slash inside the circle.. I looked everywhere for a solution, but the only solution I found was hold the command +r or shift+option+command+r while powering the MacBook on…. but it’s the same results with blank screen, circle in the middle of screen with a slash inside the circle… can anyone help me find a solution for this? Why is this happening?

The systems you tried are to high:

The highest system this machine will run on is 10.11.x*

This is a 10+ year old laptop which doesn’t support MacOS Sierra or newer. Even El Capitan is not necessary supported. Most likely you would be stuck to Lion or even perhaps a Snow Leopard if you are dealing with the first gen A1181.

You are getting no entry sign, as the laptop tries to boot into MacOS it is not supported on this machine.

Internet recovery was not a thing on these laptops, and only Late 2009/ Mid 2010 and newer support it. So no Cmd+R or any other recovery methods besides the physical installation media.

Your best bet is to get a Snow Leopard Installation DVD, or a Lion Installation USB Stick (this one could be created from the working machine, but you must also obtain the installation image). Or use a Recovery DVDs that the laptop came with.

Then you can boot to installer, format the drive and do a fresh install of the OS X.

@oldnewstuff it is the 2009 model if that matters, but I know for a fact the OS was El Capitan, but I just can’t remember if I ended up upgrading.. my friend have the same exact 2009 MacBook it’s just the slimmer version and he was able to upgrade to high Sierra.. I am not trying to debate with you about this or anything.. just letting the facts be known if it would help find a solution

I thought it was the late 2009 model, but I guess it’s the mid 2009 model since internet recovery is not working..

The copied ssd is actually from the same friend who has the same MacBook in slimmer version.. so basically it’s impossible to install the ssd unless the MacBook supports high Sierra?

There are three different 2009 generations in MacBooks:

If your friend’s battery can’t be removed from the bottom case without unscrewing the whole bottom plate, and yours can be removed by sticking a coin or a screwdriver in the slot in the round space next to the battery, then you have two different designs. You can also identify the computers by the EMC number, which is printed in very tiny letters on the bottom case behind the hinge, along with the model number.

You can check to see what version of the operating system is on your original hard drive by mounting that drive as an external drive through USB, using an adapter or a 2.5” SATA enclosure. It will be a lot easier to come up with a solution if you’re clear on which OS you’re starting from.

When you say you “copied” a drive, I’m not clear whether your friend copied your old hard drive to the new SSD, or whether they copied their drive to your SSD. If the OS on their MacBook is too new for your MacBook, then your MacBook just won’t boot without a lot of extra tweaking. Assuming your old internal hard drive still works, your friend could:

In this scenario, your friend’s computer is just a tool to move the data from one drive to the other - it doesn’t alter the data or the operating system.

If it turns out that the OS on the SSD is compatible with your computer, then I would try replacing the internal SATA ribbon cable that connects your hard drive (replacement SSD) to your logic board. After years of getting knocked around, the cable can get damaged; SSDs are more sensitive to I/O problems introduced by a damaged cable. Normally I wouldn’t post a link to a replacement part without knowing the generation, but fortunately, all A1181 MacBooks use the same data cable: MacBook Hard Drive Cable

Another useful experiment is to see whether the SSD as it's currently set up can boot the computer when it's attached as an external drive. If you can boot from it, that strongly suggests that the problem is with the internal hard drive cable.

@adlerpe I guess I have the mid 2009 model since I couldn’t do the command+r recovery option.. but i remember checking my MacBook setting and it showing as a late 2009 model so that’s weird?

The original hdd works.. so the only way to figure this out is putting the old hdd back in the MacBook and doing the 1-3 methods you provided?

And to try the external drive method.. I was googling what device I would need... is the device called “hard drive adapter cable for 2.5 inch ssd & hdd” ?

Well, that's one way of going about it: Reinstall the original drive, boot your computer, attach the SSD as an external drive using a 2.5" SATA enclosure or one of these adapters, reformat the SSD using Disk Utility, clone your internal drive to the SSD as I described above, then reinstall the SSD and see what happens. Personally, I prefer not to clone a drive that I'm actively booted from; there's a risk that some active files may not clone correctly, and they may be important.

My preference would be to attach both the original hard drive and the replacement SSD to a computer as external drives, then clone the hard drive to the SSD while the computer's not using either one. For this, you'd need two SATA adapters or enclosures to attach the drives to a computer. There are docks from OWC and others that allow you to plug two SATA drives into a computer through a single USB port (or FireWire, eSATA or Thunderbolt, depending on the model). Some docks have a "clone" function, allowing you to directly clone one drive to the other by pressing a single button, without transferring the data through the logic board first. These tend to clone the drive faster, although I'd want to give the new drive a check with Disk Utility before installing it.

If you have an independent external drive from which you can boot your computer (I'd suggest something with 10.10 or 10.11 installed; if you have a later version of an OS, built-in tools like Disk Utility tend to handle SSDs better), you could boot off that repair drive, attach the old hard drive and the SSD, then clone the hard drive to the SSD.

When I'm creating a new boot drive externally, I like to reboot the computer off the new drive before installing it in the laptop, just to make sure it works first.