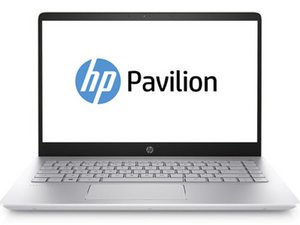 Repair and support information for HP Laptops, designed for home and home office use.

Undetected Battery / Laptop won't turn on unless it's plugged in

The battery is undetected but sometimes it detects for 2-3 seconds and switches back to undetected on Windows. On BIOS, the battery is undetected as well (doesn't show any SN). When charging the laptop, the light near the power jack switches between white and orange. The battery seems working fine, except for the fact that I can't turn it on without plugging the power brick first. When I try to power it on without power brick, it only shows 3 blinking white lights. Once it's on, I can safely remove the power brick and it can run fine on battery like normal but still undetected. When I hover on the battery icon on taskbar it shows '255% available' and 'plugged in' (even though it isn't).

The HP laptop in question is an HP Pavilion G6-1313EL and out of warranty. Normally, I would just buy a new laptop but this one is a gift from my son who recently passed away.

Bad PMIC module? The motherboard PMIC charger/monitor probably needs to be replaced since you’ve tried different OS’s and batteries, and all showed failure. It would also explain the weird “255%” charge level.

Thanks for responding. I'll see if I can find a donor board on Ebay and solder this chip.