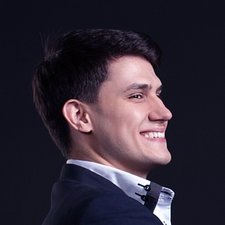 Hi everybody! Desperately need some help.

It started off a couple of days ago, when I woke up in the morning and grabbed my laptop to find out that the screen is just black, although it seemed to work absolutely fine for all the years before, including the night before and I believe nothing happened to it during the night. So first off I tried to restart it with all those hot key combinations to do NVRAM and PRAM resets — nothing changed. Then I thought about factory resetting the OS by restarting it with Cmd+R, but I couldn’t and still can’t access that dialog window that’s supposed to popup after the loading screen, cause it just goes all black after the apple logo. Although, I managed to get to Internet Recovery two times, but it didn’t give any result either.

I was surprised to find out that sometimes it actually turns on normally, and if I’m right that happens when you switch it off and give it enough time to cool down. Also sometimes, even if the screen seems to go black, you can hit Cmd+F5 to launch the voiceover and find out that it actually works, the only thing that doesn’t is the display.

Then even if I was lucky enough to launch it normally, I had two options: a) login as a guest user and have everything working perfectly, but with no access to the data stored on my account, or b) login into my account but it was like 5 minutes max before it gives the black screen again. By then I had a theory that the problem is in one of the GPU’s, which fails when the system tries to switch it on. And the reason it works fine while you’re in a guest user mode is because that mode is like a safe mode, and it’s restricted in many ways, including using only the integrated GPU.

So, I stumbled upon a temporary workaround, which was installing a piece of soft that didn’t allow the system to switch between the GPUs. And it gave me the longest session under my own user account, about 5 hours probably. But an hour ago it turned black again, and this time a bit differently, making me worry whether it’s the other GPU got out of whack as well. But I took my chances and on the third try I launched it again, and I’m again having a pretty long session, but I guess it will end any minute as well.

The closest Apple Store is like 4 hours drive away, and I’m supper unwilling to give my MacBook away for I guess not less than 2 weeks or even more for diagnostics and following repair. So, I would really appreciate some help, or any workaround that would let me using it for work for at least a couple of months, before leaving it to Apple. Or if all that is a 100% indicator that GPU needs to be replaced, then I would like to know that, and I would probably order a new unit, and would have some nearby electronics expert replacing it.

Immensely appreciate all the help!

P.S.: one possibly important note — I’ve got a cheap charger adapter from China recently that also came with 45W instead of 85W, and I used it, but pretty rarely. And if I remember it right, within a couple of days before all the drama happened, I used my old original one only. But that I’m not 100% sure of. Slightly possibly I might use both within a pretty short period of time the night before.

UPD: Attaching the coconutBattery snapshot and just in case the one from the Power section from About This Mac window:

In your case I don’t think your DG has failed, I suspect your battery is in trouble. Lets first get a better idea on the batteries condition install this gem of an app CoconutBattery take a snapshot of the main window and post it here for us to see 在已经存在的问题里加入图片. If you can’t get the app to install directly you’ll need to try using Target Disk Mode. Using a second Mac system connected to yours (in TDM) by pressing the T key, The other system will need to be restarted using the Option (⌥) key to get to the Startup Manager and selecting your Mac’s drive as its boot drive, then once installed restart your system so you can get the CoconutBattery output.

If you can, see if you can run the built in diagnostics directly did you get any errors?

Well as I suspected your battery is in desperate need of replacement!

Your battery only has about 50% (fair) of its performance which is an an approximation.

Pretty sure this is one of those modules where a chip if I recall correctly which is the graphics mux chip that needs to be resoldered to the board as it's non leaded solder develops bad solder joints over time. It's a permanent fix after resoldering with leaded solder.

Will require someone with micro-soldering experience to fix as shown here: https://youtu.be/BYLuJBNLHSU

A way to confirm this would be to tap or apply a bit of pressure on chip while computer is on and see if that causes problems.

@benjamen50 - A strong possibility for sure, but the issue would be present in any mode if that was the case. Thats the reason for running diagnostics to see if an error pops.

But given the systems age I want to remove the cheaper and easier problem first.

I agree good point. Always better to do troubleshooting that doesn't require opening the MacBook first.

Thanks a lot @danj and @benjamen50!

Hope I did it right with the coconutBattery snapshot. I've also attached the data from "About This Mac — System Report — Power" section just in case. No TDM was needed, I did that with my laptop. And I did extended hardware testing using built-in diagnostics (holding D while starting the system), though there was no report or anything it just returned something like "no troubles found".

@danj Thank you for the update Dan. Am I correct that to confirm the battery theory, all I need is go under the bottom lid, unplug the battery from the logic board, plug the AC adapter, and try using it like that. And so if it works perfectly, then that's the battery 100%, right?