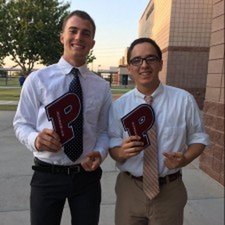 After screen replacement, water damaged 6s screen not turning on

This may be a long one, so strap in.

My 6s was water damaged about a week ago- all indicators have turned pink. I was listening to music, and had flashlight on so I’m fairly certain something was shorted when water came in. I had a waterproof case on that failed, so it wasn’t a complete flood, just enough to shut down the phone.

Music turned off, lines appeared on the screen, then screen went dark and finally flashlight turned off. I was not able to shut the phone down before it died, itself.

I opened it up, and stuck it in a bowl of rice hoping it would work a few days later, but didn’t. I decided to keep it on charge because in my mind, if the battery was already screwed, then why would it matter?

However, I was still able to feel the vibrations from phone calls and see the light towards the top of the screen (not sure what it’s called) through another device’s camera, so I knew it was on.

I just replaced the screen, hoping that was the issue but still nothing. I can see the light through a camera, but I haven’t tried calling the device.

Am I correct in suspecting it’s something on the motherboard or logic board? Is this phone even salvageable?

Also, not sure if it’s relevant, but about two months ago I replaced the factory Apple battery and cracked screen with parts from iFixit.

I don’t have a lot to spend at the moment, and this phone is how I make money. The other device is an iPod touch 4th Gen, so it can’t run the apps I need.

Will the cost in parts/labor outweigh the value of the phone?