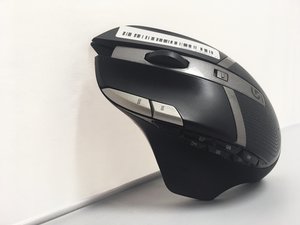 Cursor not moving, but the rest works just fine.

So i have been !#^&@@ off so bad that i smashed my mouse on my mousepad and now it only clicks but it won't move on screen. So i opened it up, and i'm not seeing any noticable damage. Also i don't see any damage particularly close to the optical led light. All the other functions like adjustable dpi and such are working.

When i hover my finger under the sensor, then the led light turns on and when i remove it, the light turns off. So it is registering my movement right? Then what could possibly be broken?

I tried plugging the usb receiver out and in again, the same goes for the usb port of the receiver's extender.

I also switched out both the batteries, but to no avail.

Have you found the answer to this just happened to mine

Same thing for me, i opened it and i see no damage. Yet the cursor does not move and the light keeps flashing as if it were turning on and off again and again

The same by me, but I didnt do nothing. I didnt throw or smashed my G602. Suddenly the lights kept flashing as if it were truning on and off again and again. Now it does nothing. I can only use the right click. What shall I do? It was a wonderful mous.

I just slammed it on the table a couple of times and it started working again. I don't recommend it but it worked for me.

Gayan, I just slammed my G602 after read your comment, and it worked. Thx man

What if the light just doesn't turn on then what I already tried slamming it.its a youse YU1252

When you slammed the mouse down the mouse laser may have shifted causing it to not be focused properly on the mousepad or some debris to get into the area where the laser is located. If a piece of debris is in the way some canned air directed around the laser may clear it out. If the laser has shifted you are out of luck because to calibrate it again would be cost prohibitive. 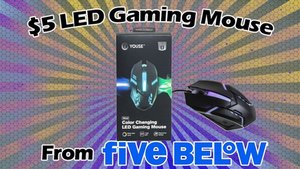 I would suggest you to unplug the mouse and plug back in the port or try different USB ports to narrow down the possibility of a defect. Also, I would suggest connecting another mouse and trying the following method. Method 1: Run the Hardware Troubleshooter.

Done all of the above. if I Restart my PC the mouse comes back to life. Buttens still work just the tracking stops, changed USB Ports 4 times, powered the Mouse on and off muse several timess and replaced the Batteries 2 times, But before you say replace batteries the batteries are new and at 1.5v Each so IT IS NOT THE BATTERIES) any other suggestions?