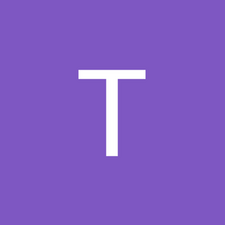 The laptop had some liquid spilled recently. The power connector was dirty and the battery wasn’t charging. I cleaned the contacts and it worked for 2 months.

Once I was able to press Command-R and it loaded the progress bar from left to right very slowly. It reached 100% about 10 minutes later, but never went further than that.

I’ve taken out the boards and cleaned any sticky liquid residue. I disconnected the touchpad/keyboard connector and when I short the Debug Power Pads the fan starts up really loud and I hear the Chime. About 30 seconds later I see the apple logo and then it’s at the login/password screen 1 second later.

I plugged in a USB mouse and select shutdown. It seems to chime and boot every time I short the debug power pins.

Does this mean I have a bad keyboard/power button? I’m concerned about the time it takes to display the Apple logo, maybe that’s just the Debug mode. I’ve tried a Cmd-Opt-P-R too. I don’t want to spend $120 eBay logic repair service if not needed.

EDIT: At first it did power loop when I disconnected the keyboard and used the Power Pads to power it up. But now the power pads are not working anymore and it just keeps power looping the CPU fan.

Liquid damaged boards are bad customers most of the times as damages may be scattered all over the places on different power and data lines. With board not working properly without keyboard and trackpad points to damaged components on the board itself. Check also the conditions of the screen connector and the connecting cable, screens need high voltage and if shorted by liquids may get seriously damaged. If you have in your area some lab into component level repairs you can try handing them your machine to get an opinion on a possible board repair or alternatively you may source a used logic board, the ones of a 2013 Air shouldn’t be too expensive anymore.