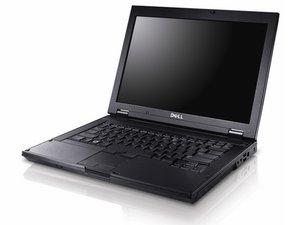 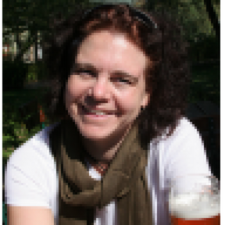 Laptop Not Connecting to Wifi on Startup, will after wifi reboot

Recently (i.e. Friday), we switched from a cable/internet residential service to a business service (same provider) Since then, one of our laptops is not connecting to the wifi. Other laptops and mobiles connect without issue on start up. Strong signal 100+ /- Mb when connected. One laptop (Win7 box) recognizes Wifi sign is available however does not connect 1. automatically, 2. when prompted to connect to the network. Rebooting the laptop does not solve connectivity. So far, the only thing that has allowed to connect is to rebbot the router/wifi box. Once it comes back up, the laptop in question connects just fine (as do all the other devices that are not impacted).

So, help. Is this a laptop issue? a laptop device / driver issue? a modem/wifi issue? Is there a setting that I need to change? Should I remove network connections and re-install? What can I test to troubleshoot (and don't tell me to call the cable guys, unless you think it is modem/wifi hardware).

Thank you much in advance.

What is the exact model/ make and the operating system of the laptop in question? Have you tried going to the manufacturer's website and check for any updates for the WLAN driver?

When switching service, was the wireless router replaced?

What is the model of the wireless router?

When you go to reboot the wireless router, does it seem quite warm to the touch? Some of the cheap-o units provided by ISP's have issues with overheating.

Another thing that could be causing this is if you have neighbors nearby competing for wireless channels. If there are a lot of other devices talking on the same frequency, it makes it very hard to establish a connection. Particularly if the device attempting to connect has a low-power wireless adapter in it, it might not be able effectively communicate. Its like trying to hear someone whisper in a packed cafeteria. You see them there, but you have no idea what they are saying.

When rebooting the router, it will choose the least-crowded channel available (unless you specify the channel manually). Also remember that the channel selections over-lap each other. So if you are on channel 3, then other routers on channels 1, 2, 4, 5 and 6 can cause you some interference.

This problem compounds if there are a lot of multi-band wireless routers in you area, since they may occupy 1-3 (or more, but rare) channels at the same time.

I like to use an app for Android called WiFi analyzer to see what is going on in the 2.4ghz/5ghz world around me. Its free, but has an ad banner in it.

I forgot one other thing. If you are using Comcast, they actually default-on a second wireless access point from your router without telling you about it. Your own router might be trying to host Comcast users in your area using the xfinity WiFi hotspot. You have to go into your account online, configure internet, configure xfinity hotspot, and turn it off. You then must wait 3-5 days for the system to actually disable it and it will usually re enable itself every time the router is rebooted. This makes your router work way harder than it needs to be and is very deceptive of Comcast to include it.

If you do have Comcast, you can go to this page to manage their hotspot