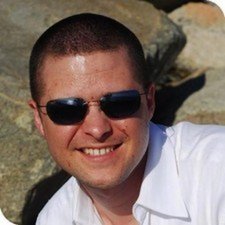 Why won't my lid stay closed?

While the lid of my Macbook Pro can close all the way, if you close the lid and then take your finger off, it bounces back up about an eighth of an inch.

From what I can tell, the force of the locking magnets is being overcome by the opposing force of a hinge that doesn’t want to shut all the way. The screen has never been replaced and the case has never been opened. The laptop has taken a minor two-foot drop once, but that was a long time ago.

Did it impact on one of the corners?

No, the impact was on right rear side between hdmi and usb ports. Just a small little dent, less than a fleck of paint in size.

Also, I think I know what may have caused this problem: My laptop is my only computer, and I work from home. Therefore, the lid is always open unless it's in transit. So 95% of the time the lid stays open. Over time, I think this deforms the hinge mechanics such that at some point it becomes noticeable, after which point it quickly becomes worse, to the point where it won't stay shut.

Another reason why your laptop can't fully close anymore (or can't remain closed) is a defective battery. Over time Litium Polymer batteries will outgas as they age. This gas is trapped in a sealed plastic pouch surrounding the battery cell, hence the cell takes more time and will push against the keyboard and trackpad. This may prevent you from fully closing the lid.

I have the official answer from Apple itself: my lid wouldn’t stay closed because the battery had swollen, causing the case to bend. (No, unfortunately my Early 2015 13-inch MBP is not a part of an exchange program by Apple. Oh well.) The more the battery swole, the worse the flex/bend. This not only prevented the lid from closing properly, but also explains why there could still be keyboard marks on the screen even though the lid wasn’t able to fully close.

This quote sums up my experience exactly:

It may start with a trackpad that just doesn’t click like it used to. Or you may notice that your laptop doesn’t sit flush to the desk anymore. Eventually, your laptop’s case may start to warp and bulge, and you’ll know for sure that you’re dealing with a swollen battery. While a swollen battery can be dangerous, we’ll show you how to deal with one so that it becomes nothing more than a minor inconvenience.

The repair cost $100 for labor and $180 for parts, so $280 plus tax. They replaced the entire case including keyboard and trackpad, though they did leave the bottom plate intact, which was disappointing because I had installed some vinyl pads after the original feet wore through. Not sure if I have any different hardware than before other than those two things, but they were authorized to use refurbished parts if needed. When I asked what that meant, the team member said that these are parts that may have been pulled from other machines, but tested and confirmed working properly. Gave them my macbook on early Friday afternoon, got it back early Monday afternoon.

Knowing that the swollen battery’s out of the way, now even more interested to upgrade that hard drive given this may be the best 13-inch macbook ever built. (And now re-built, again, after it’s already had one keyboard replacement.)

I’ll never buy another Apple product again without AppleCare. It used to not be necessary, but these days it’s a requirement.

@sac86738 - Happy it worked out! You may want to check the MagSafe charger out in case its bad. Review this Apple T/N Apple Portables: Troubleshooting MagSafe adapters Also try to make it a habit not to allow your systems battery to discharge below 3/4. When you do it runs the charging circuit longer which can cause the battery to swell up. Best to keep an eye on the cycles as each cycle is a death nail in the battery to fewer the longer your battery will last.

"While a swollen battery can be dangerous, we’ll show you how to deal with one so that it becomes nothing more than a minor inconvenience." What do you mean by this? Is there another option to deal with this other than repairing it? I have the same problem but the laptop is almost 6 years old so I don't think it is worth paying for any repair at this point.

Sorry for being tardy to the party. ¯\_(ツ)_/¯ I should have struck that sentence from the quote; what came before it was what I wanted to highlight, because it perfectly described my experience: laptop didn't sit flush to the desk anymore. Warping, bulging, etc.

If your system has not been physically damaged the hinges may need to be replaced. The clutch mechanism in the hinge maybe bad. Here’s the IFIXIT guide you’ll need to follow to get the display off to gain access to the hinges MacBook Pro （13英寸， 带有Retina显示屏， 2015早期） 显示组件更换

@sac86738 Considering that both the corners near the screen are not damaged or dented you should be okay to do this.

Thanks for pointing me to the right article, and for the +1 on the recommendation.

iFixIt doesn't carry the clutch hinge for a 13" MBP, a major bummer. Who's a reliable source for these sorts of parts, or do you think a local Apple Authorized Service Provider would be best?

Thanks for your help. It's too bad about the RAM being soldered in... completely forgot about that. At least the SSD is upgradable and can be done at the same time I do this. ¯\_(ツ)_/¯ Long live the Early 2015 13" MBP.

This issue found on my new macbook pro 2019 one weak later after purchased…if you close the lid and then take your finger off, it bounces back up about an eighth of an inch.

In that case what Apple authority said to you? I’ve the same problem with my Mbp 13” 2017 model. Thanks