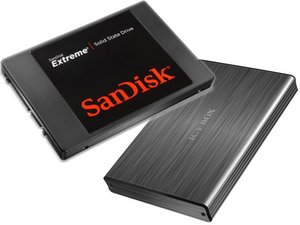 How to diagnose internal hard drive?

Is there a software disk that will accurately diagnose Macbook hard drive? This is my 4th Mac laptop since 1998, every 3-4 years enough quirks appear to make it hard to use.

#1 Macbk - when you move the screen, it shuts

#3 Macbk freezes when it gets moved, found the battery was swelling, replaced it but now the when you put any USB cable in the port, say the printer, or camera, the error msg "does not recognize disk insertion" I usually choose ignore and then the printer or camera WORKS fine...so far...

WHICH ONE should I/could I fix?

PS I took a chance and bought a refurbished Macbook (I'm computer-poor so I can't afford a new one) but I am worried enough to want to learn how to fix em myself! Hope I'm not too old to learn!

Do you have help for the over 60 crowd?

Our community most assuredly does have help for every crowd. :) I'm moving this from Meta to Answers, since it's repair related, and not about a question about iFixit itself.

This question was migrated from http://meta.ifixit.com/.

This site is all about learning - and you are never too old to learn, in my opinion. Macs are great computers, but eventually they will fail, so it's good to know what they're made of and now we can fix them, that's what iFixit is all about.

lets look at #1 first as it's probably just a cable. Hook it up to an external monitor and see if that works. Shine a flashlight on the screen and see if you can detect the desktop. We'' work on the other two after we get this one running.

I agree +. The first one seems like a pretty easy fix. Might be cabling, or inverter board.

Firstly, I hope you use some sort of backup hard drive for each of these computers, so that your data isn't lost. I would feel downright awful if I lost my data - I've poured countless hours into the content on my computers.

From the information you gave, here's what I suspect about each of these cases (and this may change as we diagnose them):

#1 Seems like a hardware problem with the hinge (as mayer said), follow his wise steps and hopefully it is the hinge, which is a part that can be replaced (though it's not the easiest of replacements).

#2 I don't think anything inexpensive can be done for this computer. I had a Powerbook G4 with a hinge that failed, but I continued to use it for a couple years until buying a new computer, so you can continue to use the computer in this fashion. With a keyboard and mouse plugged in, you can even operate the machine with the lid closed.

In order to do this, with the keyboard, mouse, and display connected, just close the lid (as much as possible, so that the machine detects the close). Then, after the computer goes into sleep mode, tap a key on the keyboard to wake the machine, and there you go! The laptop will not use its own display but instead depend entirely on the external display, keyboard, and mouse, thereby making it more of a desktop.

On the other hand, you could look on eBay for hinge / display parts, but I would only do this if you feel confident about repairing the machine, even moreso than #1, because buying those parts will cost you more than just a display cable that may be needed for #1.

#3 Sounds like a very bad case. It sounds like the logic board has been damaged, but since the computer is still operational, you might get some more life out of it if you use it as is. The problem may have been caused by the swelling battery, I would replace that if you plan on using this computer substantially.

And as for the purchased refurbished MacBook - great buy! Out of the numerous Apple devices that I have purchased over the years (too many to count with my hands), only one was a new purchase direct from Apple - you can certainly get Apple-quality products without buying at Apple-new prices, which many believe to be too steep.

Although many people fear that refurbished products may not be as good as new, I believe that they're as good, if not better - Apple has replaced a problem part with a brand new one, and you get the same technology at lower prices. There's no reason to be ashamed with a refurb buy - I bought the powerhouse machine that I'm typing on for at least $400 less because I got it through eBay instead of Apple, and I've never had a problem.