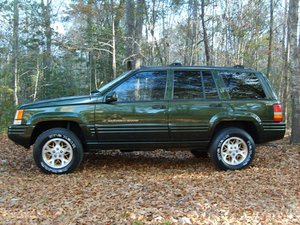 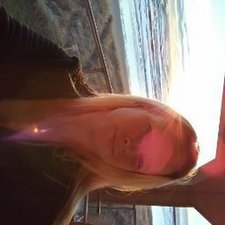 When I turn the key in the ignition all dash lights turn on however I don't recall hearing my fuel pump kick on as well as it doesn't even attempt to start. Along with those symptoms comes the fact that my transmission hasn't shifted properly in a long time this is the first time I've looked at it in about a year and when I last drove it it started and ran however that isn't the case anymore. So like I said I turn the key all dash lights come on and then nothing no crank no start no motor turning not even attempting I just put a different ignition coil on as well as spark plug wires I took my starter off and cleaned it and reinstalled it... Also see if anybody has a diagram with the exact location of the neutral safety switch and exactly step by step of what I need to do to bypass it it would help severely. I checked all relays and to the best of my knowledge I don't think any of them are faulty... Help please im stuck dead in the water!!!! Thanks

@katybug1986 yes it could be the neutral position switch but it could also be the starter relay. Test that first:

Remove relay from the Power Distribution Center to perform the following tests.

A relay in the de-energized position should have continuity between terminal 87A and terminal 30.

Resistance value between terminals 85 and 86 (electromagnet) is 75 65 ohms.

Connect a battery to terminals 85 and 86. There should be continuity between terminal 30 and 87. 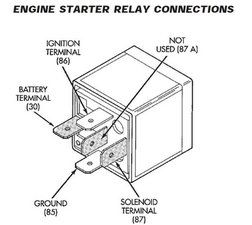 To answer your question, the park/neutral position switch is mounted on the valve body manual shaft.

Test switch continuity with an ohmmeter. Disconnect the switch and check continuity at the connector

terminal positions and in the gear ranges indicated in Figure 3. Switch continuity should be as follows:

Continuity should exist between terminals B and C with the transmission in Park and Neutral only (Fig.

Continuity should exist between terminals A and E with the transmission in Reverse (Fig. 3).

Continuity should exist between terminals A and G with the transmission in third gear (Fig. 3).

Continuity should exist between terminals A and H with the transmission in first and/or second gear (Fig.

Continuity should not exist in D position.

Power distribution Center is located next to the battery. 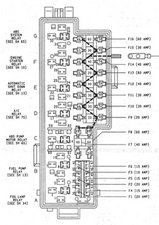 When I lived on the river... humidity did cause occasional issues with my Dodge Ram and VW Jetta.

Sometime removing and replacing relays and fuses helped clean up the terminal connectors enough so that they conducted better and would operate as designed.

If there is condensation, dry off with a paper towel or dry rag.

I'm not sure if Vaseline is a good idea on all connectors... though is for sure regarding battery terminals.