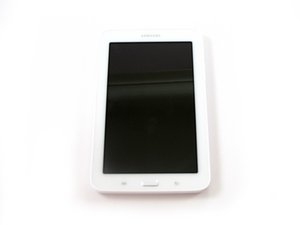 Why does it freeze, close out of apps/browser &bring me to homescreen?

I have a SAMSUNG Galaxy Tab 3 Lite 7.0, I got it CHRISTMAS so its NOT EVEN A MONTH OLD yet. I could be playing a game, browsing online, checking my email, on facebook, writing a message it dont matter what im doing on the tablet, but my brand new tablet has a habit of doing something. Ill give an example: im online playing forge of empire, for about 10 to 15 minutes into the game, it will FREEZE an SHUTDOWN an then BRINGS ME BACK TO MY HOMESCREEN. It dont just happen when playing games I coud be doing research or a report for school an it will FREEZE SHUTDOWN an bring me to HOMESCREEN, so all the PROCESS I HAD DONE on the report is NOW GONE. I dont know if anyone else has this ISSUE but I do an its not the only one I have.

OVERHEATING---- This is a major issue for me, heres a LIST of what I do/WAS TOLD to do*

1) always FULLY CHARGE my tablet before using it, an I NEVER USE my tablet WHILE its CHARGING

3) I make sure I press HOME BUTTON an CLOSE all APPS that I'M NOT USING, I use ONE APP AT A TIME so NOTHING is RUNNING IN BACKROUND

4) I added a COOLING APP from the plystore, but I find that DON'T HELP AT ALL

5) I have the POWER SAVE on at all times

Now with that said my tablet STILL OVERHEATS ON A REGULAR BASIS, this should not be happening to a tablet thats not even a month old. I followed all the things they tell you to do. But nothing seems to work it GETS SO HOT on the back of my tablet, an also my SCREEN IS HOT as well.THIS IS NOT NORMAL. WE WANT ANSWERS TO WHY IT'S HAPPENING TO SO MANY SAMSUNG DEVICES THAT ARE BRAND NEW, then they TELL US to get A NEW BATTERY...WE SHOULDN'T HAVE TO BECAUSE ITS A NEW FRIGGIN TABLET!! IS IT A DEFECT OR A BAD BATCH OF TABLETS MADE, I DONT KNOW. BUT im returning my tablet today an exchanging it for the same tablet : SamsungGalaxy Tab 3 Lite 7.0

fingers crossed that I wont have these MAJOR PROBLEMS with the new tablet that Im going to get today. But I DEFINITELY WILL HAVE MY SAY IF THE PROBLEM PRESISTS IN ANOTHER NEW SAMSUNG TABLET THAT IM GETTING TODAY

Your phone may still be in warranty. you should check with who you bought the phone from.