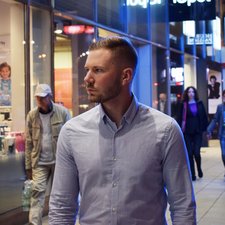 My friend broke his screen, and as a result of that it entered the passcode wrong several times, so now is it saying: iPhone disabled - Connect to iTunes.

We've already tried to connect it to iTunes on the first synced mac, but it's just saying that there is a problem with the iPhone and it need to be updated or restored. So we updated it, as he don't wan't to loose his pictures, but after that it still saying, disabled connect to iTunes.

I've tried several recovery programs like, dr. phone. IOS rescue and so on. But it doesn't really work.

So we called Apple support, and they say the same thing. Connect, update, and so on..

- Is there anything to do in this case to recover the photos, some of them are of old family members who has passed away.

Like putting it in to DFU mode, connect to a terminal, or run a script or anything like that?

You can't bypass a iPhone is disabled screen without wiping data on the phone, any paid software that claims to do are scams.

Either use this method or something similar to restore the phone:

You will have to move on with the data being lost.

to recovery mode, and just update, NOT RESTORE will give you access to re-enter your password and gain access to your files, but I don't know if that still works, try at your own risk.