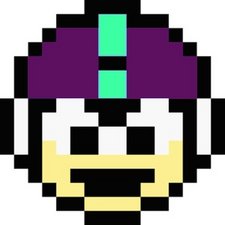 YLOD Still here and I've done what every guide says. What can I do?

I've re-heated the Graphics and the Processor and the four small chips. I've done that three times thinking I'm not doing it right but no luck. Could it be my disc drive? My disc drive cable is a little damaged from the previous owner but its not badly damaged to the not working point.

The Optical drive in a PlayStation can't cause a YLOD. If you tried everything mentioned in those guides and it still isn't fixed, you're out of luck. You'll have to buy a new motherboard or reflow/ reball the existing one tho this could get expensive.

Even if it's written as a guide, those solutions are not guaranteed to work in every case. Even if you would have managed to fix the issue, it would have occured again after some time, as using heat to deal with the YLOD is only a temporary measure.

@natedabous remember that there are a few things that can cause the YLOD. A few of them are:

A dead or disconnected HDD

You most likely have issues with your GPU processor. It is a flip chip design and the issue could be the solder bumps between the IC and the substrate. A reflow might fix it for a while but even reflows are very limited. YLOD (as well as RROD on a Xbox) are caused by the design of the processor, not necessarily by bad or cracked solder joints. The only repair that would fix it permanently is a new BGA. Try this repair and you may have to change the approach a bit by adjusting the heat. It is a hit and miss situation and most first time failure with this is caused by not applying to much heat, whereas to much will totally remove the IC's. Anyhow, the biggest reason for failure to reflow is not enough consistent heat. There is a fine line between reflowing and absolutely melting the solder, so one needs to be aggressive without going over board. If nothing else, get a couple of temperature probes and see what heat you generate. Replace the thermal paste again, do not add to it. Thermal paste alone will not prevent a YLOD. Apply it according to their specs and it should not give you any issues. You might want to contact the game console guru and see what he thinks.