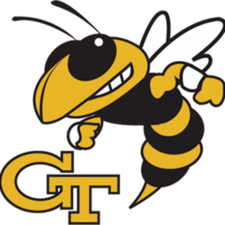 Why Uniden handset volume suddenly low, but not noisy?

One of the handsets for my Uniden cordless phone has a very low volume. I can still hear the other person speaking (barely), and the connection is clear (no static), it is just much quieter than the other two handsets.

The volume button does appear to work: I can adjust the volume up and down; it's just that the maximum volume is barely audible. I've replaced the battery and tried different channels.

This seems like a rather strange failure mode. I would understand if there were no sound at all, or if the sound quality was bad; but, what's going on that makes the volume so quiet overall?

1. Have you tried the phone in another location, e.g. where one of the other handsets is located?

2. Have you tried one of the "good" handsets in the "faulty" phone's location?

3. Have you inspected the phone's receiver "outlet holes" to ensure that they are not blocked? Use a vacuum cleaner if in doubt. Do not use a probe as you may damage the speaker.

Don't have the circuit of the phone but no doubt there is an audio amplifier in there which controls the received signal level so rather suspect that it has gone faulty.

Yes to your three questions above. I just had an idea: I plugged a headset into the handset and the volume is just fine (in fact, the headset is *really* loud). I don't think the handset has its own amplifier (at least it doesn't have its own battery). Does this point away from the handset's amplifier as the problem, or is a headset unlikely to need amplification?

I'm fairly sure that the handset has an audio amplifier because of its' ability to adjust the volume up and down.

The power for the amplifier, which is most probably incorporated in the main circuit board would be derived from the main battery supply.

You can prove whether or not the headset volume is also amplified by using the Up/Down arrow keys during a call and listening if the volume goes up or down accordingly.

If the headset volume cannot be adjusted with the volume controls during a call then perhaps it is a fixed level as they do not wish for the audio to be distorted or the headset to be damaged (or your ears!) by having the ability to turn the volume higher

The only way to conclusively prove it is to open the phone so that you have got access to the jack and test it for low resistance continuity by using an Ohmmeter.

Most likely it will be soldered onto the pcb so that it will be difficult to test. Most probably it will be an SMD type component sitting on top of the board and not a thru-hole type of component.

It may be easier to unsolder it from the board and then test it "out of circuit" to verify whether it is faulty or not. If it is faulty, as you cannot repair them, you'll have to source a replacement part. Depending on where you are try either searching online at mouser.com or au.element14.com

This is an electrical representation of a jack. Yours may not be so complex but it shows the changeover contacts that would change the direction of the audio 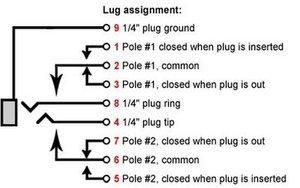 I have this same problem with 2 Uniden phones! Can this be fixed?