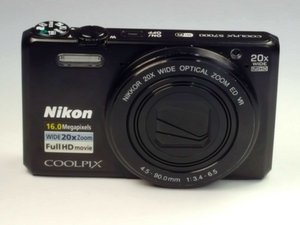 The Coolpix S7000 was released in 2015. The camera has 20x wide optical zoom, Wi-Fi capabilities, and Near-Field-Communications (NFC).

I was going to charge the battery but inadvertently attached the HDMI cable to the USB charger and plugged it into 110V. No visual indication of a problem but when the HDMI cable was removed the power on/off switch does not work, the camera won't power up. I did attach the power cable and the charging light blinks so I think that the battery is charged. Did I damage an internal component by attaching the HDMI port to 110V?