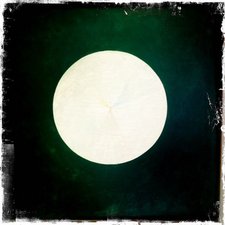 I have an iPhone 5 that came to me with a battery problem. It was dead when it arrived so I put a brand new battery in which got it working fine.

The next morning it was completely dead again. Nothing when I connect to iTunes either.

So I put another battery in and same story. Works fine then the next morning its dead.

Both batteries are completely dead, I've tried them in a working phone and nothing.

Each battery I tried was from a different vendor, and I also put one of the same batch into a different phone at the same time and its still working with no problems, so I think its safe to say its not the batteries themselves causing this.

I have a feeling its the logic board rather than the lightning port killing the batteries.

Does anyone have any ideas? I don't really want to spend any more money on a new lightning port as I have killed two batteries and I have a feeling its not gonna sort it.

It could still be the batteries but at this point you need to isolate some variables. The batteries appear to discharge fairly quickly (it should last more than an overnight, unless it is being used heavily). It doesn't sound like your phone is recharging the battery either. So you may have a bad battery, a short that is draining your battery or a charge circuit that doesn't charge...or it could be any combination of the three.

If you have access to another phone, try putting a "bad" battery there to see if it will charge and work normally. Likewise, you can take a known-good battery from another phone and put it in the suspect phone to see if it takes a charge. Always use genuine cables and charging bricks.

If the problem is related to the phone, then it may be a bad Lightning port but it could also be a defective charging circuit. You could always use the Lightning port from another phone rather than ordering a new one.

If the charge circuit is bad, that will require a micros-soldering repair.

It is killing the batteries. Bricking them. I have already put the batteries that went dead in this phone into another, and they are completely dead and gone.

No problem with charging at first. I put a new battery in, everything works as it should, it charges, connects to iTunes etc. Then leave it overnight and its dead, unable to connect to iTunes or switch on.

I wanted to ask on here first before I change the lightning port and probably fry another good battery. That would run the cost up past the point of it being worth selling or bothering with.

I thought someone may have had this problem before.

It's pretty hard to kill a battery in such short time. You would need a very excessive current draw and you would feel this as heat on your device. Yet you say the phone works like normal until it dies overnight.

Where are you buying your batteries?

Another option is to bring it to a shop. Let them fry their own batteries ;>) instead of yours. They also have all the parts necessary to isolate a short. A shop that does micro-soldering can dig even deeper (charging circuit) and most of them work on a no fix, no fee basis.

It works like normal at first, I got it going both times and used it for half an hour then left it and didnt look again till the morning.

One of the batteries is from eBay but from a seller I have used for a while and never had any problems, I bought 2 at a time and put one in this phone and one in my phone, and mine is still going strong. The second battery was an Apple battery, not new but working fine.

If I can find a no fix no fee shop I might drop it to them.

Thanks for you help!

Are the batteries DEAD DEAD or will they just not charge? There are some tiny resistors next to the battery connector that help control the power to and from the battery and if even one of those gets knocked off the phone loses it's ability to charge batteries. It's a little difficult to see them without a scope but you can try to use a magnifying glass as well. Hope that helps!

Well, I put them into a working phone and it wont power up at all with them in. So I'm assuming they're finished.

I will have a look for the resistors. Are they to the right, bottom, top ? How many are there.

It does charge a new battery as you would expect it to at first.

If it does charge a new battery (and the charge actually goes up) then my answer is not applicable. The resistors I am referring to can be seen in this image, just above the battery connector: https://d3nevzfk7ii3be.cloudfront.net/ig...