My HDD is having SMART issues so I have to replace it.

I am wondering what HDD are compatible with my MBP. 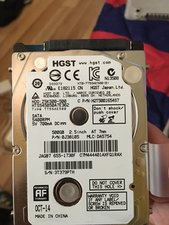 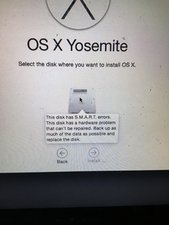 Any 2.5" SATA III (6.0 Gb/s) drive will work in your system. Your choices are a standard HDD, a hybrid HD (SSHD) or a SSD. Each has its advantages and disadvantages.

I would recommend going with a SSHD as it does offer a faster boot up. SSD's are quite expensive when going with the bigger sizes. Here's the Seagate drives that will work in your system: Seagate 2.5" FireCuda SSHD and here is the Western Digital product: WD Blue 2.5" SSHD note the WD only offers a 1 TB 2.5" drive

Thank you so much :)

@danj One more question, what do you mean by "HDD's & SSHD drives don't handle bouncing around unlike SSD's which are least sensitive." Thanks

HD's & SSHD's are like a phonograph player, if you remember what they looked like ;-} A spinning disk with a needle to play the music. But if you banged the player the needle will jump or you could damage the record. This is the same for HD's & SSHD's when they are in use. When they are not in use the head assembly parks its self so it doesn't damage the disk platters or heads.

SSD's are solid state no moving parts so they can be bounced around without the needle scratching the disk problem as it doesn't use this older technology like the HD or SSHD drives. Still you don't want to drop your system or play football with it (either kind) ;-}