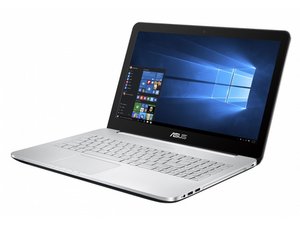 myAsus App in ( Windows 10 version 1511 ) worked perfecty fine until i was forced to update to the anniversary version 1607. After the update the application opens up showing the logo of it for a few seconds and then shuts down. Version of the app was also automatically updated to 3.2.1.0, unfortunately i don't recall which version i had before.

Is there any way to fix this in order the application to work properly again in the latest version of Windows 10?

I have also tried uninstalling the app and trying to reinstalling it, which resulted in not being able to install it at all...

Thank you in advance,

I would like to notify that i have contancted Asus Support Customer Service about the issue i was encountering with the MyAsus App in Windows 10 anniversary edition 1607. They informed me that they have forwarded my case to the responsible department and requested a new utility version to be released in order to fix this.

So what remains is to wait for a newer version of the application to solve the compatibility issue with the latest version of Windows 10.