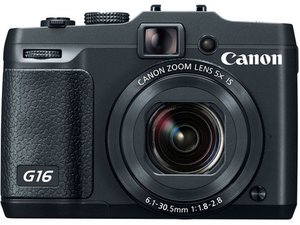 The Canon PowerShot G16 is a 12.1 Megapixel point and shoot camera made by Canon and released in 2013.

My camera lens doesn't work properly after it was rained on overnight?

My camera spent all last night in a huge rainstorm after it fell out of my bag on the way in the house without my noticing. When I found it this morning, it didn't turn on. I immediately removed the battery and the outer shell and left it in rice for several hours. I also recharged the battery. Now it turns on (HOORAY) but the lens doesn't work properly. It gives me a lens error every time I try and turn it on (except if I power on using the playback button). It still connects to wifi, all the dials and buttons work, but obviously that doesn't help if it's not going to do what it's meant to do— take pictures. If anyone has any suggestions for how to fix this (without replacing the entire camera) you would be a serious life saver. THANK YOU in advance!

the camera will display an error message if it cant initialise the lens, it could be something as little as a bit of dirt jamming the lens mechanism preventing it from zooming in and out. if you are confident then take the camera apart and give the lens mechanism a good clean, and look for any signs of obstruction.