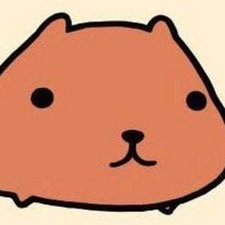 Hi there! I hope you guys could help me determine what's wrong with my MacBook Pro.

tl;dr If I press the power button, the MacBook Pro won't turn on at all: no startup chime and apple logo, keyboard light and caps lock do not light up. The battery would charge, indicator turns from red to green when full. Nothing on screen. The area where the processor/heatsink is located gets really hot really quickly. The only things that look like they work are the fans, which start spinning as soon as the power button is pressed and they get louder as the heatsink gets hotter. Resetting NVRAM/SMC did not work. Do you think the logic board is dead?

5 days ago, the MacBook Pro was last used for general work at the office while being charged. After work, I closed the lid, put the MacBook Pro in my bag and drove back home. En route, the bag fell down from the car seat during a sharp turn and I remember thinking oh crap my macbook is inside but I forgot to check it out as soon as I got back.

It was around 12 hours later that I opened the MacBook Pro and noticed it would not wake up as usual from sleep. Tried pressing the keyboard, brightness key and power button and it did not work. Tried a hard shut down and boot up again. Did not work. I figured it might be running out of juice, so I closed the lid and put it back in the bag.

The MacBook Pro stayed in the bag for around 1 hour until I took it out again and was shocked to find out it was getting really hot. Like dangerously hot. The lid was still closed, the fans were blowing like crazy and the whole thing was burning. I opened the lid, tried to cool it down and the fans stopped blowing when I attempted a hard shut down.

After it cooled down for a few hours, I plugged it in to a charger. It charged normally and the indicator turned green after a few hours. I turned the MacBook Pro on. It won't turn on. The area where the heatsink is located got hot really quickly. I could hear the fans blowing gently and they got louder as it got hotter. Tried closing the lid but the fans would not stop blowing and the heatsink just got hotter so I turned it off by pressing the power button for a few seconds until I could hear the fans stopped. I have also tried resetting the NVRAM and SMC as many have advised but they did not work.

And this is where I am now. Tried opening the lower case but could not see anything wrong; nothing burnt or out of place. There was quite an amount of dust building up on the board which I tried to clean a bit but it still won't turn on. My main concern is the data on the SSD which I don't have any up-to-date backup of. I was thinking of getting an OWC Envoy Pro, hoping the SSD is fine before attempting any kind of repair.

Based on the symptoms, what do you guys think the problem might be? Is there anything I could try before sending it for repair?

Thanks in advance and any help is appreciated!

Take it in and have it checked for this free repair. I would not say anything about the drop.

Something clearly got dislodged in the fall. Without making a detailed inspection it's anyone's guess here on what is damaged and what would need replacing.

I would recommend going to an Apple Store or Apple Authorized Service Center to have them do an estimate. At least find out what's wrong and then tell us :-)

Maybe we can guide you on fixing it your self.

Hi there, I know it's been a while but did you solved your problem? What happened? I have the same issue.

Hello, did you find out what was wrong with your laptop? I am having the exact same issue

wow i had this issue, well sort of. though my MacBook did eventually turn on again. using it now.

I powered my macbook down, then tried to turn it back on a few hours later, but it wouldn't turn on, the macbook was warm underneath. it had not been charging before hand, and battery was around 70% charged. just unusual, first time its happened. was about to take the underside off, so i could unhook the battery, and then rehook the battery, you could try that. but for me, i didn't need to, though would like to know what has gone on.