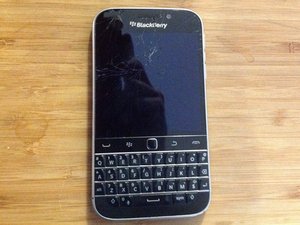 My blackberry phone was exposed to damp material

I went swimming and changed into my shorts after I got out without drying off.

My phone was in my pocket so it was exposed to damp material but never got wet or in the water but later when I tried to use it the screen stayed black and wouldn't turn back on. Im wondering if it can be repaired?

Not an answer, but only an observation, I'm afraid:

'Traditionally' when electronic devices got wet, you could usually whip the battery out as fast as possible, and then dismantle the device enough to get air circulating, with it left in a warm, dry, place for a week or so, before putting the recharged batteries back and trying it.

Most of the time that was enough: But now we are in the age of the glued-in battery, and most people aren't equipped to even open the device to get at it. This is a bloody disgrace in my view: especially when so many batteries have a tendency to overheat (My Q10 battery swelled up so much it lifted the back off, but was easy to fit a new one for a few quid. Most people would have no chance with the Classic. :( ).