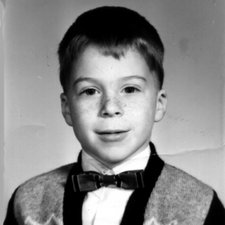 My Lower case panel doesn't want to lift up.

My 15" Late 2013 MacBook Pro is now over 2 years old, so I thought I'd open it up just to look at the insides, and possibly blow any dust accumulation out of it. I removed all 10 screws, and lifted it up from the hinge side 1st. It is taking a significant amount of force to separate it from the rest of the computer, and I'm afraid something else is holding it down. I'm afraid to pull much harder than I already have. Has anyone else had this problem? I've taken bottom panels off other older aluminum MacBooks a couple dozen times, and never had one stick so bad. I can actually pry the edge up all the way around, but it still doesn't want to separate. Did Apple apply some "taper proof" glue?

I didn't notice that 2 other people mentioned this in the comments below the lower case Replacement Guide, but it turns out the late 2013 15" MacBook Pro's lower case (don't know about any other models) has two ~3mm high tabs that literally plug into the internals just above the batteries, about 6" apart. Mine were very snug, but eventually unplugged with enough force. I inserted 4 plastic store cards under each corner of the lower case and tried to evenly apply enough force until they suddenly unplugged . When putting the lower case back on, you can also feel them plugging back in when pushing down on the case above where they're located. I'll try to post a picture in the above

I've encountered a few covers which were a bit harder to take off just take your time here and ease it out one side at a time. Sometimes it's the screw seal that has oozed out a bit that acts like glue.

Apple has two versions of bottom cover & chassis for the 15" models. One has Black plastic slots and the other has White colored pads

Personally, I haven't encountered any issues with either.