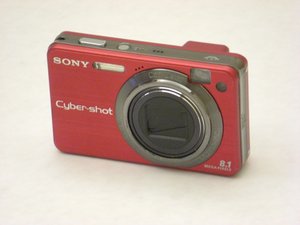 camera turns on but screen back light not working.

My sister spilled water into her purse and some got on her DSC W150 camera. It wouldn't even turn on for days. After the internal battery discharged the camera was able to turn on but the display had no picture.

It appears that the camera functions fine, lens opens, zooms, and that I can read and navigate through the menu screens, under direct bright light. But I have no back light to make this camera useful. For example if the battery dies I have to set the date up upon boot up. So there's no way to switch to camera mode to skip this step.

So I don't know if I should replace the whole screen assembly (which I know the part #) or just the back light (unsure which part causes issue).

The other thought I had was that maybe the auto dimming light sensor was causing the LCD brightness all the way down.

What do you guys think I should do?

Yeah I still have the issue. I just took a break from the forums.

I am facing the same problem .. can anyone please help..

Jagjit Dhaliwal, which camera do you have and what exactly is the problem you encounter? What have you tried to fix it?

Id just get a new display, but before I did that I would see if I could open it up and locate the display connector (if there is one) then make sure everything is dry and connected properly. I would also try a hard reset (opening the battery case while it is running). I hope this helps, good luck.

It does sound like your backlight is out. The backlight is part of the LCD. Double check your ribbon cable and your connector. If everything looks okay, I would replace the LCD. The service manual for your teardown is available for your download on my fileserver It will also allow you to further trouble shoot your camera. Good luck and let us know how it is progressing.

my camera is working all right but i am not able to see the pictures clicked by me. my camera shows accessing