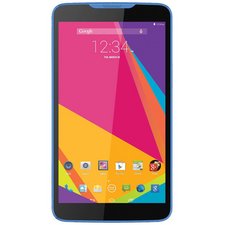 I can't turn on my Tablet

I was playing a game called Summoners War and I left my tablet for a couple minutes. When I came back, it was off. I just assumed it had gone to sleep mode after being inactive for 3 mins. When I tried to power it on, it just flashes and doesn't turn on. I hold the power button, and it just flashes a couple times then turns off. I just press and release, and no response. I didn't drop it or anything and I have no clue as to why this could be happening. It's a blu touchbook 7.0 Phone/Tablet.

Have you tried connecting the charger? Does the tablet respond that it is charging?

I live in the Bahamas an i have a touchbook and its doing the same thing.

whenever i plug in the charger its flashes the battery and I have tried the reset and it goes back to the same things .the flashing battery .

Please advise where can i get help or where can I send to repair.