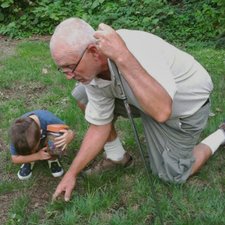 A small Linear air compressor that fills my air bed quit working after a line blockage caused it to dead head for several minutes. Can this pump be repaired or is it a throw away? It seems to be 2 small pistons joined in line with a flat link with 4 embedded rods that are loosely sandwiched between 2 110v magnetic coils.Somehow they vibrate in a linear motion causing air to be pumped out through 2 exhaust ports that are manifolded to a single exhaust port.

Can I Purchase this ,and if yes, where ?

I have the same issue. my son decided to turn the bed up to 99 and caused the pump to quit working.

I determined the pump has an open circuit since it gets power to it but isn't operating. further inspection once I opened it up it has 2 electromagnets connected in series. the side that was having an issue was showing 120 VAC across the terminals indicating it was the trouble. I removed the wrapping on the coil and found a thermal fuse. once bypassed the pump is working. so I guess the next step is to either fing a replacement pump or replace the thermal fuse.

I also have an air bed that uses the Gast C-5B-103 compressor. The bed had recently not been inflating despite running for tens of minutes. I have taken apart the air pump unit and done some rudimentary testing. While inflating, the compressor will turn off periodically (probably to get an accurate pressure) and the air seems to leak back out through the pump unit somewhere. The solenoid valves seem to be operating correctly and do seal off completely, so I'm suspecting the compressor. If the compressor still puts out enough pressure, I think the addition of a check valve between the compressor and solenoid block might, at least temporarily, fix the problem. The seals on the compressor will eventually need to be replaced. I may crack it open tomorrow and take a closer look.

I have temporarily added a quarter turn tubing valve and short length of polyethylene tube where I can manually blow up the mattress while doing this testing. Surprisingly, it does not take very many puffs on the tube to get the mattress to a satisfactory setting. I call this the "redneck" sleep number bed.

Ha ha! Fortunately, the air bed itself seems to hold air for at least a week or so with no noticeable loss, so we're still sleeping on it without the air pump attached. My wife puts up with my tinkering, as sometimes it actually does provide her some benefit.

The good news is that I'm pretty sure I was able to fix the compressor by just cleaning out some "stuff" (for lack of a better word) that was stuck in the flapper checks of the compressor. Here's my rundown on the process:

2. Remove the black plastic cap and attached gasket (gasket seal is not critical)

2. Remove the two screws on the side that secure the electromagnets

3. Remove the electromagnets and attached wiring from the main body of the compressor

4. Remove the eight screws (four at either end) that hold the reciprocating compressor mechanism

5. Remove the reciprocating compressor mechanism as one piece, being careful not to stress the diaphragms at either end of the center reciprocating linkage

6. The compression chambers at either end of the mechanism are actually two separate pieces. The center section will pull out and contains the two flapper checks. The other section remains attached to the linkage via the diaphragm

In my case, the "stuff" that I found in the compression chamber was holding the flapper checks open. But if the diaphragm tore, you're probably better off getting a new unit. I guess you could try repairing it with some kind of plastic glue, but given the stress from the rapid reciprocating action, it would probably fail again soon.

funny too!! I ended up buying a used unit on eBay , but the compressor is still lying around. I like fixing things and am hoping for a "how to" explanation .

I smile when I picture you half asleep at 2 a.m. huffing and puffing into a tube at the head of your bed. If you ain't single you will be soon. 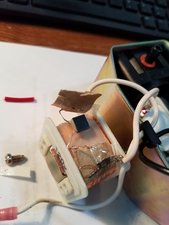 Similar problem with this same select comfort pump/control assy. Took it all apart and found small particles under the small rubber disc that acts as a check valve. This was allowing air to exhaust instead of flowing to the outlets. Powered up pump with 120 volt power and it works. Problem now is that I didn't take any pics before removing pump from plastic housing so I don't know which blade connector to connect the white & black pump leads to on the control board. One is J1 and one is J2. If you can advise these connections I would appreciate it greatly.