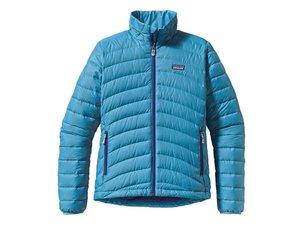 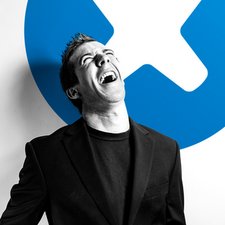 My jacket is covered in pine sap, what do I do?

My jacket is covered in pine sap, what do I do?

Don't panic. Go get some butter. No seriously, get some butter. Work the butter into the resin sap areas. Once the butter has soaked into the garment, the sap will scrape off. Wash the butter out in warm, soapy water, and go use the rest of that butter to make popcorn. See the Patagonia Product Care Guide.

I haven't tried the butter solution, but if you do, Dawn dish detergent and hot water (spot-cleaning) can help get the butter out afterwards.

It wasn't a thick glob of sap but if it was, I'd put it in the freezer for a couple of hours, then break/scrape off as much as I could before starting.

I put an old towel underneath and folded out as much of the sticky section, away from my insulation as much as possible.

I poured enough Heet out to wet the area, then started gently rubbing (vigorous rubbing didn't change what happened so I'm guessing that it needs time to dissolve) with a cotton ball, and re-applying to keep the sap wet.

It took time and lots of gentle rubbing but eventually I noticed that the edges of the sap appeared to be disappearing so instead of giving up, I kept going and eventually all the sap was gone.

It took a bit of alcohol and gentle rubbing so I figure that the towel underneath, soaked up the tree sap as it dissolved.

Try lighter fluid. I have used lighter fluid to remove gum from sweaters, jeans, jackets with no residue or problem whatsoever. Dab it on gently and it usually dissolves the gum.

vegetable oil, like PAM spray on cooking oil will break down the sap on almost anything. You may have to then deal with "How do I get the oil out of my..." But it works GREAT on hands.

Simple: sap is almost entirely water so rinse it off. If water doesn't work, perhaps you mean pine resin.

Depending on how hard it's gotten, resin dissolves in a wide range of organic solvents, a few of which won't stink for weeks. If you use lipids, which sort of work, you then have to remove the remover, which is no small task. (And if you try butter, don't sleep in that jacket in bear country!) The first thing to try is thoroughly freezing the jacket, as cold as possible, then carefully scraping and flaking off whatever you can. Then try heating the jacket (not oven hot, closed-car-on-a-sunny-day hot) and daubing with dry cloth. Finally, what's left has to be removed with solvent, probably the fastest and among the safest of which is acetone. Work outdoors, wear rubber (not nitrile) gloves, hold your breath and put out that pipe! Nail polish remover is dilute acetone but usually also contains oils and other additives you don't want in your fabric. Acetone is almost too fast; you have to work small areas at a time to be sure the dissolved resin is drawn up into your rags instead of spreading through the fabric. It will also dissolve some plastics and dyes. The obvious solvent is turpentine, the native solvent of pine resin, but even if you like the smell you'll never get it out of your jacket. Turpentine leaves residue when it evaporates. That residue is very like the resin you're trying to get out, so you're basically spreading the spots. The same is true of WD-40 and similar oily solvents: they leave goo. Aggressive solvents like carburetor cleaner (which is mostly acetone), shot from pressurized cans through a straw, can be applied surgically. If you have access to the back of uncoated fabric, it's sometimes possible to blow contaminants away rather than sop them up.

Hand sanitizer worked for me. Easiest fix ever: just apply, rub it in, clean off with a paper towel. Cheap, takes 2 minutes, leaves no stains.