White screen after case replacing. Can anyone confirm LCD is dead?

I bought a seconds hand 3GS which had some falling damage and had to exchange the case. When replacing also saw the battery was swollen so ordered a new battery also. The flex power cable was ripped so ordered a new one also.

When everything was delivered I assembled everything and it worked like a charm. The only problem was the screen was not fitting perfectly on the top because of the sleep button holder (black plastic to which the flex cable is attached) was wrongly placed. I took everything out, reassembled the whole thing, this time fitting perfectly and powered on: black screen, fine gray vertical stripes. After a while white screen. The iphone seem to respond in itunes and i can donwload the pics from it but no image.

Took everything at least 20X apart and reassembled. Pressed connector1 firmly in the socket.

Did the reset procedure with both buttons.

Same thing. Pulling on cable 1 seem to have no effect at all (which should be the case if flex cable is damaged)

Looking at the pics can anyone confirm the LCD is dead? 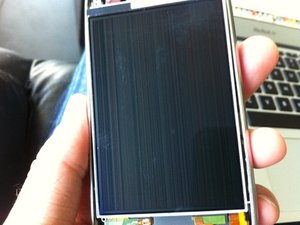 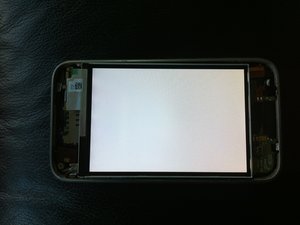 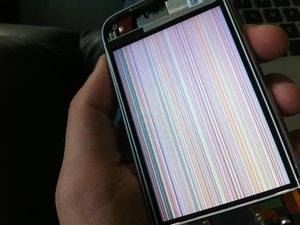 connectors and cables seem all ok. 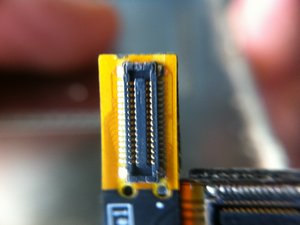 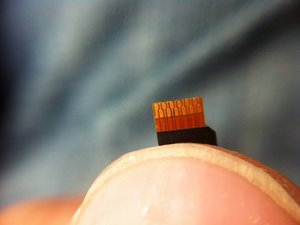 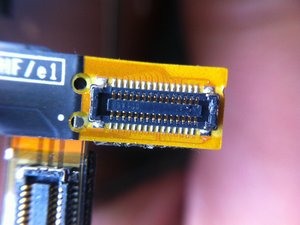 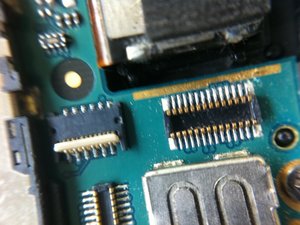 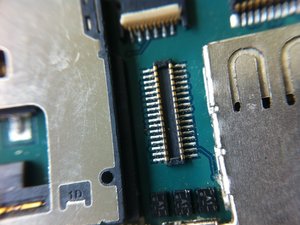 Well you seem to know what your doing. I cant see any obvious damage to the pins or flex. In my experience this is usually a flex issue but you said you tested that so idk. Cleaning the Cables and connection sites with 99% Iso Alcohol or another electronics friendly cleaning agent might help. If not then I recommend a total lcd replacement as I'm pretty sure the problem lies in it somewhere even if we can't see it.

Thanks for your answer!

About the flex testing part, the only thing I did with the flex cables was pulling and twisting with lcd connected to see if that would have impact on the image. I can't see any visible damage or anything. I will try cleaning with alcohol (even on the FPC connector on the logic board?) and even order a new lcd and post a follow up.

Clean the cables and ty it again,if u still have the same problem then replace your lcd